We are sure many of you have read or watched the updates regarding CPS and CTU negotiations. Earlier this evening CPS sent an email regarding January 27th. We have added it below. As a reminder, CPS has asked that preschool students remain at home tomorrow.

Tomorrow, we will be following the same remote schedule we have done for K-8 and before the return for preschool. Unfortunately we do not have clear answers as to what will occur this week. As always, we will do our best to keep you informed as soon as possible.

Thank you for your patience,

A message from CHICAGO PUBLIC SCHOOLS

A message from CHICAGO PUBLIC SCHOOLS

Yesterday evening, Chicago Teachers Union (CTU) leadership notified its members that beginning tomorrow, Wednesday, Jan. 27, it will direct pre-k and cluster classroom teachers who have been safely teaching in-person since the beginning of the month to stay home. As a result, the district has no choice but to ask parents to keep your children home tomorrow. For the past three weeks, thousands of CPS students have been safely learning in person, and the union’s action will prevent these students from receiving the classroom support their parents needed and chose.

While we are greatly concerned for our youngest and highest-need students, who are suddenly without a safe, in-person learning option, we are continuing to make all possible efforts to reach an agreement that addresses the union’s priorities and provides families a much-needed resolution.To help make that a reality, CPS today provided union leadership with an updated comprehensive proposal, which addresses most of the union’s remaining concerns and builds on the progress that has been made over several weeks of discussion. These improvements, listed below, will help ensure we have the safest possible learning environments, and we believe can serve as the foundation for a deal.

We are fully committed to reaching an agreement as quickly as possible, but the truth is that we have been aligned with CTU on core elements of our plan for a while now, and we have met more than 60 times to thoroughly discuss these issues. In fact, the key elements of our plan that most significantly ensure health and safety for everyone have been set for weeks. Key areas include:

Our discussions with CTU continue to address important topics, including the understandable hesitation and anxiety of teachers and staff. Union leadership has unfortunately continued to make demands that simply don’t align with local, state, or federal public health guidance. CTU leadership is now demanding that in order for CPS to return to in-person learning, their members must be vaccinated ahead of other city residents, including the elderly, first responders, grocery store employees, and other school staff members who have been in schools regularly since the pandemic began. We have successfully advocated for our teachers to be prioritized, but the limited vaccine supply from the federal government is impacting our ability to rapidly vaccinate staff, and city leaders cannot cast aside an equitable vaccination plan and deprioritize the needs of other deserving community members who are at greater risk and performed essential work throughout the closure.

Our top priority remains providing all students the safe instruction that is right for them at this time — whether they want to learn in person or at home — and our engagement with the union remains ongoing in an effort to reach an agreement. But as it stands, union leadership has directed pre-k and cluster staff not to report to duty on Wednesday. Without assurance that there is adequate teaching staff for in-person learning, we must prioritize student safety and ask that parents keep their children home for remote learning tomorrow. We remain committed to reaching an agreement that protects the February 1st return to in-person learning for K-8 students, and we will be in touch with further updates as this situation develops. 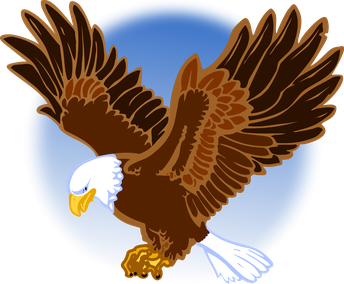 4250 N St Louis Ave, Chicago, IL, USA 773-534-5060 patrickhenryes.cps.edu
Embed code is for website/blog and not email. To embed your newsletter in a Mass Notification System, click HERE to see how or reach out to support@smore.com