Critical Analysis on our Novel

Critical Analysis on our Novel

How to set up a Precis

1. Name of author, [optional: a phrase describing author], genre, title of the work, date in parentheses (additional publishing information in parentheses or note); a rhetorically accurate verb (such as “assert,” “argue,” “suggest,” “imply,” “claim,” etc.); and a that clause containing the major assertion (thesis statement) of the work.

2. An explanation of how the author develops and/or supports the thesis, usually in chronological order.

3. A statement of the author’s apparent purpose followed by an “in order to” phrase.

4. A description of the author's tone and its effect. 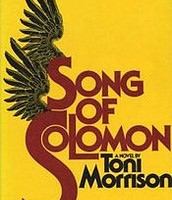 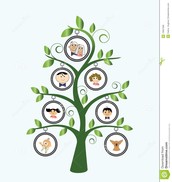 Pilate as a Christ Figure

In chapters 5 of her acclaimed novel Song of Solomon (1977), Nobel Prize winning author Toni Morrison creates the seemingly-supernatural Pilate Dead as a Christ figure, a "natural healer" (Morrison 150) who, like Jesus, follows the "Clear as day" (147) commandments of her father. By establishing Pilate as someone who believes in the possibility of eternal life ("Don't nobody have to die if they don't want to"), as someone born "unnaturally," without a navel (like Christ's "unnatural" immaculate conception), and as someone separate - "isolated" (148) - from the rest of humanity while also acquiring "a deep concern for and about human relationships" (149), the incipience of Morrison's Christ allegory begins. Thus far in the novel, Morrison's story revolves around less-than-admirable members of the Dead family, and in order to form the path toward redemption for any of them, they'll need an example from a character as admirable as Pilate to follow. Morrison's reverent tone demonstrated as Pilate tells her life story to Ruth helps the reader to further recognize Pilate as one capable of flying like a pilot (Pilot/Pilate) from the curse of the Deads, much like Jesus' ability to literally rise from the dead.
Bette Midler- Wind Beneath My Wings - Lyrics