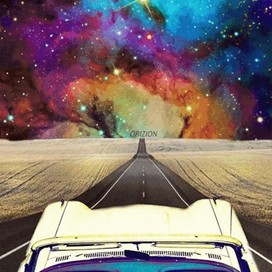 By: Zach Holmes and Taylor Bishop

By: Zach Holmes and Taylor Bishop

1. Chap. XIX. Sec. 222. “The reason why men enter into society, is the preservation of their property”

Dec: “That all men are created equal, that they are endowed by their Creator with certain unalienable Rights, that among these are Life, Liberty and the pursuit of Happiness”

- These two quotes mean that all men are born with equal rights no matter what and that all deserve to live a happy life.

2. Chap. VII. Sec. 87. “thus all private judgment of every particular member being excluded, the community comes to be umpire, by settled standing rules, indifferent, and the same to all parties; and by men having authority from the community, for the execution of those rules, decides all the differences that may happen between any members of that society concerning any matter of right; and punishes those offences which any member hath committed against the society, with such penalties as the law has established: whereby it is easy to discern, who are, and who are not, in political society together.”

Dec: "That to secure these rights, governments are instituted among men, deriving their just powers from the consent of the governed,".

- I believe what Jefferson and Locke are trying to say is that individual government type cities will be the one who enforce the laws that the big government makes.

3. Chap. XVIII. Sec. 208. “But if the unlawful acts done by the magistrate be maintained (by the power he has got), and the remedy which is due by law, be by the same power obstructed;”

Dec: “That whenever any Form of Government becomes destructive of these ends, it is the Right of the People to alter or to abolish it, and to institute new Government, “

- What is being said is that these two both agree that if someone of the law misuses their power then they should not be allowed to be a part of the law and to replace them with someone new.

4. Chap. VI. Sec. 56. “Adam was created a perfect man, his body and mind in full possession of their strength and reason, and so was capable, from the first instant of his being to provide for his own support and preservation, and govern his actions according to the dictates of the law of reason which God had implanted in him.”

Dec: “When in the Course of human events, it becomes necessary for one people to dissolve the political bands which have connected them with another, and to assume among the powers of the earth, the separate and equal station to which the Laws of Nature and of Nature's God entitle them,”

- Jefferson and Locke are trying to say that God made the world the way he did for a reason and that everyone is to be treated equally and for everyone to be able to make the right decisions.

5. Chap. XI. Sec. 137. “And therefore, whatever form the commonwealth is under, the ruling power ought to govern by declared and received laws, and not by extemporary dictates and undetermined resolutions: for then mankind will be in a far worse condition than in the state of nature, if they shall have armed one, or a few men with the joint power of a multitude, to force them to obey at pleasure the exorbitant and unlimited decrees of their sudden thoughts, or unrestrained, and till that moment unknown wills, without having any measures set down which may guide and justify their actions: for all the power the government has, being only for the good of the society, as it ought not to be arbitrary and at pleasure, so it ought to be exercised by established and promulgated laws;”

Dec: “Prudence, indeed, will dictate that Governments long established should not be changed for light and transient causes; and accordingly all experience hath shewn, that mankind are more disposed to suffer, while evils are sufferable, than to right themselves by abolishing the forms to which they are accustomed.

- I believe what Jefferson and Locke are trying to say is that the peoples of society should go along with what the government sets in place law wise and that the laws set in place should not change for small reasons.

The two similarities I believe are the most important are Chap. XIX. Sec. 222. “The reason why men enter into society, is the preservation of their property”

Dec: “That all men are created equal, that they are endowed by their Creator with certain unalienable Rights, that among these are Life, Liberty and the pursuit of Happiness”. The reason I think this is because everyone always says that everyone all people are equal but yet racism is still well alive which makes others inferior to each other. Which makes the laws used above not true which is not good. All the laws should be relevant and used correctly in today's’ society. They are important because everyone should have all equal rights and not be discriminated against because of their race. 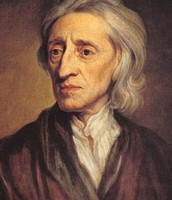 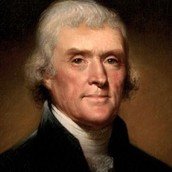