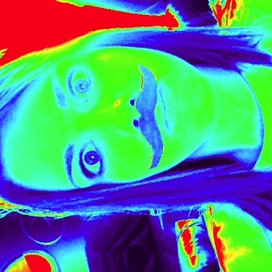 By: Rick Yancey Report By: Katelyn

By: Rick Yancey Report By: Katelyn

"This is what the Others have done to us. You can’t band together to fight without trust. And without trust, there was no hope. How do you rid the Earth of humans? Rid the humans of their humanity." 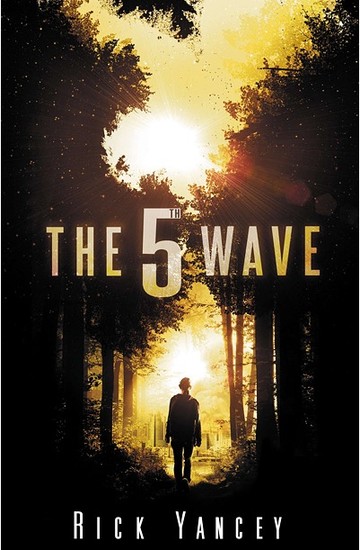 Cassie has been running for sometime now. The 4th wave is finished, and to her, it seems like she is the last human left. Her mother died of the Red Plague in the 1st wave, she watched her father get shot in the 4th wave, and her little brother Sammy was taken away on a bus. Cassie's only reason for living is finding her brother because she promised him that she wouldn't let him die.

An alien race has invaded Earth in waves, killing billions of people. No one knows what they look like. Trust no one. That's rule number one. There's bound to be a 5th wave; everyone is anticipating it with fear, but little do they know that it's happening right before their eyes.

After being shot in the leg by a silencer, Cassie is nursed back to health by a stranger named Evan Walker. The two become good friends, and he plans to help find her brother. But Evan has a secret and it doesn't take Cassie long to figure it out. Read the book to find out what his secret is, if Cassie finds Sammy, and what exactly the 5th wave is.

I think the theme of this book is trust. The number one rule of the 4th wave is to trust no one...but how are the humans supposed to win if they can't even trust each other? Throughout the book, Cassie is faced with the decision to trust the people she encounters. Without this trust that she instills, she would not be able to survive. 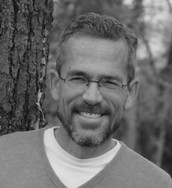 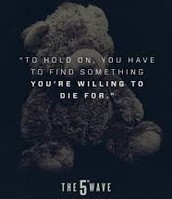 If this book is a part of a series, can you provide more information about the series?

Was the ending satisfactory? Why or why not?

This book ends with a big cliffhanger, making you crave the sequel

What is the genre of this book?

The 5th Wave is a horror, science-fiction novel

Why would you recommend this book?

I would recommend The 5th Wave, because it's high in action, has a post-apocalyptic setting, and great characters.