International Conference: HISTORIES, MEMORIES AND LEGACIES: Jewish Refugees and Evacuees in the Soviet Union during the Second World War - 22-23.6.2014: 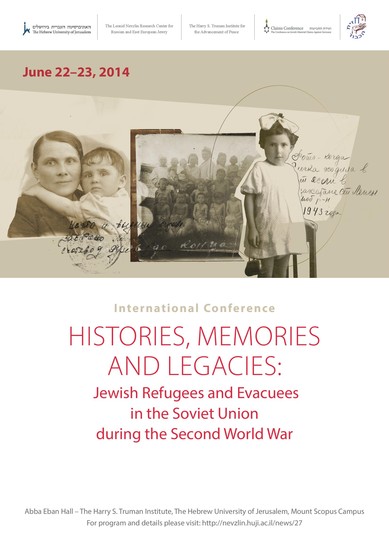 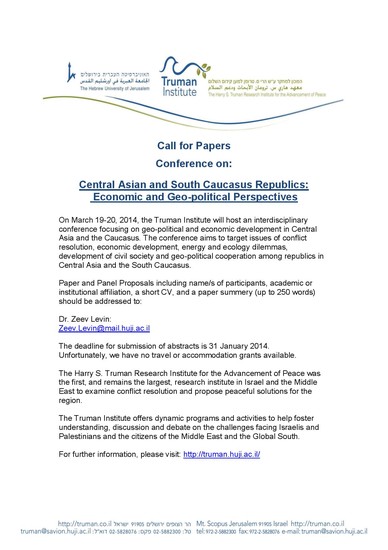 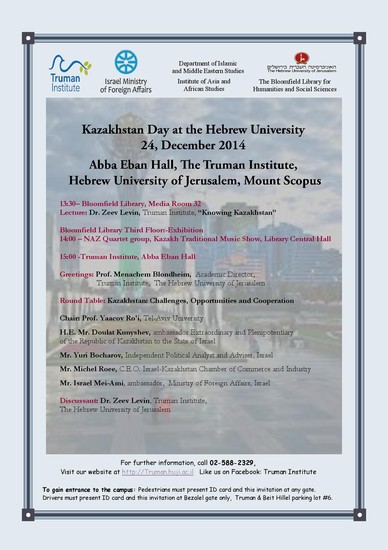 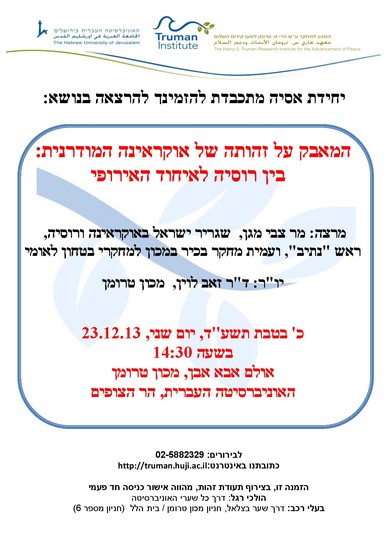 About the Truman Institute

The Harry S. Truman Research Institute for the Advancement of Peace was the first, and is the largest, research institute in Israel and the Middle East that studies advancing peace in the region. The Truman Institute focuses on the states of the Middle East as well as the Israeli-Palestinian conflict. Its researchers also study Asia, Africa, and Latin America; examining them from an interdisciplinary approach – historical, cultural, psychological, political and socio-economic. The Truman Institute highlights the value of tolerance and dialogue in advancing peaceful co-existence among peoples and nations.

The Institute was founded in 1965 at the Hebrew University of Jerusalem with the personal support of the 33rd President of the United States, Harry S. Truman.

Activities include academic research at the highest level, as well as collaborative studies with other Israeli scholars and foreign researchers from the Palestinian Authority and Middle Eastern countries.

The research within the framework of the Truman Institute is conducted by over 70 research fellows and scholars, individually or through research groups, and four regional research units; Middle East, Asia, Central Asia, Latin America and Africa.