A Tale of Two Cities

A Tale of Two Cities

The Similarities and Differences Found in the Novel and Film

Right from the beginning, the differences between the book and film start to arise. In the beginning of the movie, the scene where St. Evremonde tosses a coin at Caspard, as a reparation for accidently killing his baby; it is followed by the famous quote "It was the best of times, it was the worst of times". However, this scene does not appear until Book 2. Most likely, the director may have selected to begin the movie with this scene as a visual example of how hard it was during the era of the French Revolution using characters that would later become essential to the development of the plot.

In this same scene in the book, a coin that is tossed on the ground by St. Evremonde is thrown back at his carriage as he rides away by an unknown hand. However, in the movie, it is clearly portrayed that Monsieur Defarge is the one who throws the coin at the carriage. The director may have changed this because of the ambiguity of the coin thrower in the book. 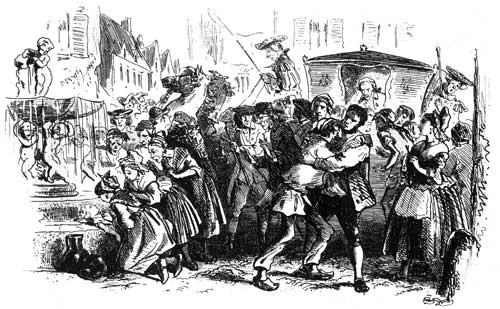 The next scene is when Gaspard is hung by the fountain after being finally caught for killing St. Evremonde. In both the movie and the book, the essence of the main themes of the book are shown here, namely those of water, time, and the ferocious nature of the mob. Similar to his son, Gaspard died in front of the fountain. This will inspire the revolutionaries to create their own sea and reach out for fountains of blood. Water acts as a symbol of the crowd's disgust and anger towards this issue, as the anger of the crowd would flow endlessly like how water would flow out of a fountain. Although in the movie Gaspard is not hanged over a fountain, in the book he is, being described as being hanged there "forty feet high—and is left hanging, poisoning the water". The poisoning of the water of the fountain represents the bitter impact of Gaspard's execution on the collective feeling of the peasant crowd, who is getting increasingly unhappy with the times. However, since the scene of Gaspard's execution is missing in the film, it takes away the emotions and the impact the novel had during this particular scene. 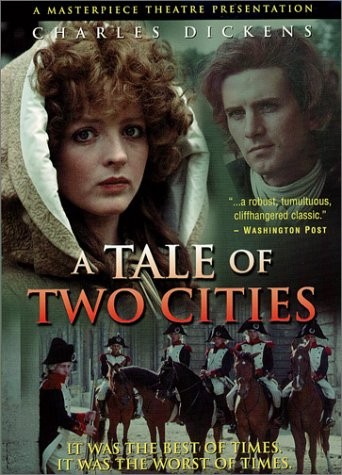 The last difference between the book and the film occurs during the very last scene of the book. The scene involves Sydney Carton being executed in place of Charles Darnay so that he, and the two Lucies could live better lives. The difference comes while the Carton and a woman are about to be executed. While in the book Carton attempts to comfort the woman who also shares the same fate as her, the movie’s interpretation of the scene does not show that at all. The two hardly talk. This scene in the book is important to the underlying meaning of the story because it shows how much Carton changed, and how he is a resurrected man by having the heart to comfort the girl who share the same fate as him, death. Although that scene was cut out in the movie, the overall theme of resurrection is still shown in this scene. Sydney Carton's martyrdom atones for all his past wrongdoings. His last words display his resurrection as a person and how he is helping Darnay carry on the torch so to speak as he also resurrects a new man. Although Carton dies before this happens, his name is carried on through Darnay’s son who becomes a successful lawyer. Therefore, Carton’s name is resurrected. 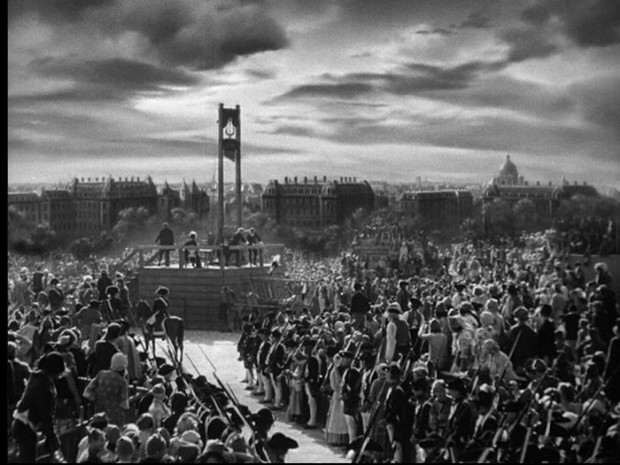 Follow Daniel Park
Contact Daniel Park
Embed code is for website/blog and not email. To embed your newsletter in a Mass Notification System, click HERE to see how or reach out to support@smore.com
close