Epic qualities that Beowulf has are his strength and bravery. When Beowulf is fighting Grendel "hell's captive caught in the arms of him who of all the men on earth was the strongest" (pg 52). When Beowulf is fighting Grendel's mother he needs a special sword to defeat her "But so massive that no ordinary man could lift its carved and decorated length" (pg 72). Beowulf was only man that could lift that sword. Also during the battle with the dragon"Then Beowulf rose, still brave, still strong, and with his shield at his side, and a mail shirt on his breast, strode calmly, confidently, toward the tower, under rocky cliffs: no coward could have walked there!" (pg. 63).

Hercules is said to be the demigod of Zeus and completed the the legendary twelve labors, only to be betrayed by Hera (one of the three sisters of Zeus). Hera drove Hercules insane to the point where he murdered his wife and kids. Since then Hercules has rejected Zeus and has chosen to live mortal. Still the best warrior in all the land Lord Cotys' chose Hercules and his warriors to fight in battle so that lord Cotys' could be king of all land. So Hercules and his warriors did it for gold and succeeded. After receiving the gold from the lord Hercules realized what they had just done was wrong so him and his warriors stayed back to make things right by going after the lord and all of his warriors. The biggest epic scene in Hercules is when he finally finally accepts his fate of being the son of Zeus. Also when he stood up to the lord even though they got paid and he could of been on his way. When he is chained up to a cement wall and rips off the wall screaming "I am Hercules!!". Hercules epic qualities are his strength and courage kind of just like Beowulf except Hercules is a demigod. 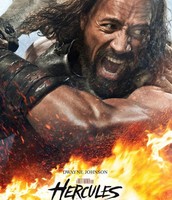 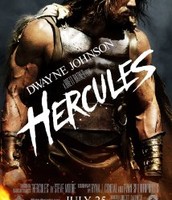 All of Beowulf's epic qualities are what makes him an epic hero. With his strength and bravery as his epic qualities. He conquers any task that comes his way. Defeating monsters with his bare hands using pure strength that no other man could defeat with a weapon.Examples of how Beowulf is an epic hero would be "retelling Beowulfs bravery as they jogged along" (pg. 54) that was after Beowulf defeated Grendel. Also during battle with Grendels mother "the best of all weapons but so massive that no ordinary man could lift it carved and decorated length"(pg. 59). Another example would be Beowulfs last battle with the dragon "I'd use no sword, no weapon, if the beast like Grendel, gripped in my hands and torn limb for limb"(pg. 63). 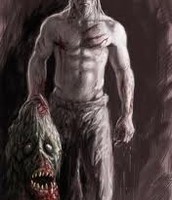 When I think of superheroes today I think of batman, Thor, and Iron man. Batman is just a normal guy who is brave enough to stand up to bad guys. He does not have any kind of superhuman strength or anything, just some weapons and he knows how to fight. Thor is a god who lives in Asgard. He has strength and his hammer which could be used for many things. Come down to earth to help in times of need while also protecting Asgard. Iron man just has a metal suit that can do anything he wants it to. He just a normal guy Tony Stark besides the fact that he is a millionaire. I think we are fascinated with superheroes because it makes things that are unrealistic seem true. Also no matter what age you are you still wish you could be a superhero. They are all related to Beowulf because they are all brave and aren't afraid to stand up to someone or something. Also Thor is related to Beowulf because they both have the power of strength.