Mariana is using Smore newsletters to spread the word online.

Get email updates from Mariana:

Although Haiti and the Dominican Republic are neighbors on a Caribbean island, the Dominical Republic was able to, unlike Haiti, overcome environmental issues which mainly caused Haiti's collapse. In addition to that both countries faced political and economic instability. 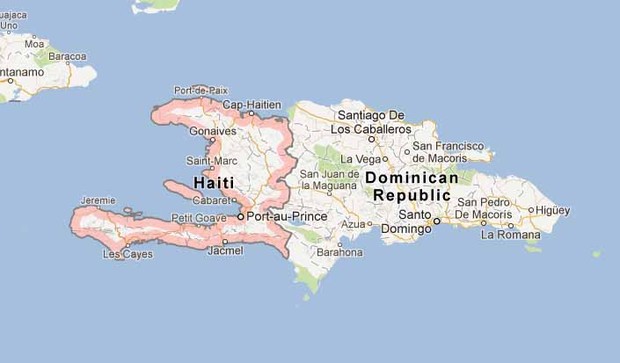 Haiti and The Dominican Republic are located in the Caribbean on what is called the Hispaniola Island. Even though these two share the same island, they have different geographic features that are a major cause of why Haiti collapsed and The Dominican Republic didn’t. Haiti is has many mountains such as the Northern Chain, La Selle Mount, and the Noires Mountains. These mountains cut off rainfall from hydrating the land in Haiti. WIthout precipitation, the climate in Haiti is semiarid which means that the vegetation is short and scrubby with minimal rainfall. In addition to the difficult climate to cultivate in, Haiti also deals with deforestation and soil erosion which are major environmental issues. To add to the long list of environmental problems that Haiti is facing includes inadequate supplies of potable water. In contrast to its neighbor, The Dominican Republic has North-East trade winds that blow rain onto the land. The D.R. has much less environmental issues than Haiti, the list includes water shortages, soil erosion damaging coral reef, and deforestation. One geographical feature that deeply affects the whole island is the fact that it lies in the path of the hurricane belt. 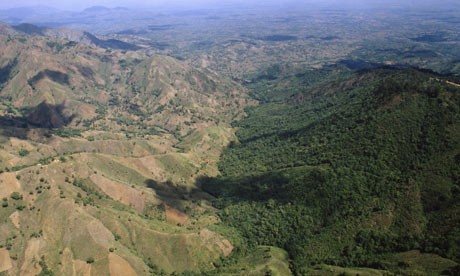 The border at Haiti and Dominican Republic shows the deforestation

Although the main, most influential reason for Haiti's collapse and The Dominican Republic's success was the geographical features, another contributor was the economic instability.Since the start, the Republic had a bit of an advantage. The rest of the world had very different perspectives on the two countries. Haiti was viewed as a Creole speaking, African society full of ex-slaves that was hostile towards foreigners. The Dominican Republic was viewed as a spanish speaking country that was open to immigrants and trade. This led to Europe and the United States helping the Republic to develop its own market export economy. Haiti's overall economy is doing much worse than the Dominican Republic's. The fact that Haiti has more environmental issues than the Dominican Republic directly relates to its economic status. Haiti has experienced exploiting by foreign powers, the Dominican Republic, and its own rulers. Back when Haiti was owned by France, it became one of the wealthiest countries in the Caribbean. This was due to the heavy importation of slaves and the environmental degrading. As France milked Haiti of its coffee and sugar the amount of resources began to decrease. This became a big issue because of Haiti's high population. Haiti, as it does now, had a much larger population than The Dominican Republic which made the economic situation in Haiti even worse. Currently, statistics show that Haiti has much less economic freedom than the Dominican Republic. For example, Haiti has less freedom in business, government, investment, property, and freedom from corruption. In all these categories the Dominican Republic is doing much better than its neighboring country. Haiti is known to be the World's poorest country aside from some in Africa who are even poorer than Haiti. 77% of Haiti's population is suffering from poverty. This probably has to do with the fact that more than two-thirds of the labor force are employed with non-formal jobs. On the contrary, the Dominican Republic is doing a bit better than Haiti. Although the whole Hispaniola island is pretty poor, the D.R. has some advantages. To begin with, the Dominican Republic is the world's third largest importer of avocados. This is a great source of income for the country. In addition to that, the D.R. has much more land and much less people than Haiti. Although both countries have their own share of beautiful beaches, due to the chaos in Haiti, the Dominican Republic gets most of the tourism. One might ask, where did all this economic instability come from? Well this defective economic system started back when the Island was first founded.
Statistics for Haiti vs Dominican Republic

Have to type in spaces given: Dominican Republic and Haiti

Haiti and the Dominican Republic have had what Jared Diamond calls the,"... two most evil dictators in Latin America's long history of evil dictators"(346). Both countries underwent years of political instability. The Republic had its first, most evil dictator named Rafael Trujillo in 1930. Trujillo elected himself president/dictator and maintained his spot at the top by being hardworking, ruthless, and an adept politician. In addition to all that this man tortured and killed any of his possible opponents. Furthermore, to protect his position as president, Trujillo spent a lot of the government's budget on building a huge army, navy, and air force, this reduced the possibility of a successful rebellion.In another attempt to secure his dictatorship, Trujillo promoted himself throughout the Dominican. The difference between Rafael Trujillo and the Haitian dictator Francois Duvalier, was that Trujillo made an effort to modernize his country. In the time he ruled he was able to develop the economy, the infrastructure, and the countries industries. Although he was, "...mostly running the country as his own private business.."(347), he still was able to improve the political situation. Haiti's evil dictator, also known as Papa Doc was equally as clever and ruthless as Trujillo. But Duvalier lacked interest in modernizing his country or improving the economy or the industry. In the end, Duvalier killed much more people than Rafael Trujillo had. Once Papa Doc died, the dictatorship was passed onto his son known as Baby Doc. Since the Dominican Republic had a head start to a more stable political system than Haiti, it caused for a better chance of economic stability. 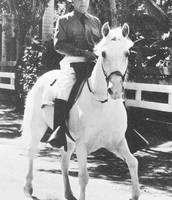 Mariana is using Smore newsletters to spread the word online.