To make limestone a sedimentary rock tiny sea creatures sink to the bottom of the sea which turns into a fossil and compacted together to make limestone.

How is it formed?

Limestone is formed when calcium carbonate is in the water from the ocean that evaporates and make lime mud and that makes limestone.

Where is it mostly found in the world?

There are many places where limestone is found but the most common place that it is found is Indiana.

How it is used in everyday life?

Limestone is used in everyday life for cleaning waste gases and to make lime.

How limestone is used

How is it classified?

In the Rock cycle For you to make slate a metamorphic rock it is compressed with heat and pressure.

How is it formed?

Slate is formed below the earths surface by changes in the makeup of shale. ( shale is a sedimentary rock ). When shale is Buried in earths crust , heat from deep underground builds up the layers is the rock to make slate.

Where it is mostly found in the world?

There are many places that slate occurs in. Like Scotland,Wales, France, southern Germany, and the northeastern United states.

How it is used In everyday life?

Slate is used in everyday life for roofing, and also for pool tables to. 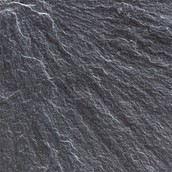 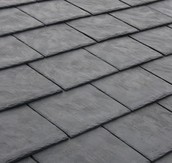 How slate is used

How it is classified?

To make a obsidian a igneous rock it has to contain to erupt from a volcano and cooling after.

How it is formed?

Obsidian is formed when it erupts from a volcano and then it goes to the water and that's how it gets glassy.

Where is it mostly found in the world?

There are a lot of places that obsidian is found but the most common place in Indiana.

How it is used in everyday life?

Obsidian can be used for knifes, arrowheads, and jewlery.

How obsidian is used