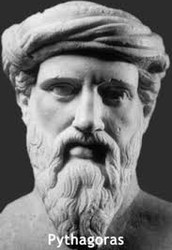 The Man Behind The Theroem

Pythagoras of Samos is often described as the first pure mathematician. He is an extremely important figure in the development of mathematics yet we know relatively little about his mathematical achievements. Unlike many later Greek mathematicians, where at least we have some of the books which they wrote, we have nothing of Pythagoras's writings. The society which he led, half religious and half scientific, followed a code of secrecy which certainly means that today Pythagoras is a mysterious figure. 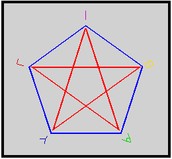 Pythagorean thought was dominated by mathematics, but it was also profoundly mystical. Pythagoras (along with his teacher Pherecydes of Syros), was one of the first philosophers to believe in metempsychosis (the transmigration of the soul and its reincarnation after death). He also subscribed to the views of another of his teachers, Anaximander, that the ultimate substance of things is what he described as "apeiron" (variously described as "the boundless" or "the undefined infinite"). Pythagoras believed that the apeiron had inhaled the void from outside, filling the cosmos with vacuous bubbles that split the universe into many inter-connected parts separated by "void", and that this play of apeiron and peiron takes place according to a natural harmony. Always somehow underlying all these theories is the asumption that numbers and mathematics constitute the true nature of things.

What Is The Pythagorean Theorem

In mathematics, the Pythagorean theorem, also known as Pythagoras' theorem, is a relation in Euclidean geometry among the three sides of a right triangle. It states that the square of the hypotenuse (the side opposite the right angle) is equal to the sum of the squares of the other two sides.

Using The Pythagorean Theorem To Find The Hypotenuse

Using The Pythagorean Theorem To Solve For A Leg 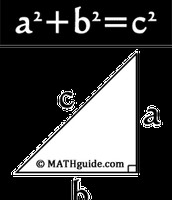 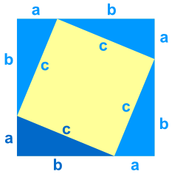 Proof For The Pythagorean Theorem 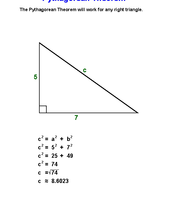 Example Of How To Find C Using the Pythagorean Theorem