The Sixth Form did a fantastic job on Sixth Form Open Evening. We were hugely grateful to all the students who gave up their time to help out last night. We could not run this evening without their help. We had over 110 students visit us and 100 sets of parents. Please see more on this in our bulletin below.

Fri 2 Dec - Rachael Williams will be speaking about strategies to combat pre-exam stress and anxiety. All Sixth Form welcome. In the Chapel, 2.15pm -3.45pm 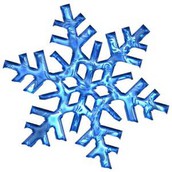 As the weather gets colder, may we take this chance to remind our parents of the School’s Emergency Closure Guidance in case we need to close the School due to adverse weather conditions.

The Christmas Party is just over 2 weeks away now, on Wednesday 14 December at Magnolia Park, Hugenden Valley. We now urgently need the subs of £45. Tickets for dates are available at £25 each.

The deadline is Monday 28 November. Please send in a cheque made payable to Claires Court Sixth Form Social Club or bring in £45 cash - exact money only please - to the Sixth Form Office. 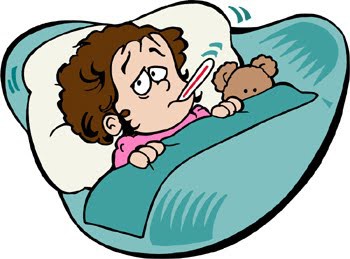 Please can I remind you that if a student is absent, please can you call the Sixth Form office on 01628 411489 before 9am, or email Kim Hall on kyh@clairescourt.net. Likewise, if a student has an appointment and needs to leave school, please can you also let us know by phone or email. Many thanks.

This year our Christmas lunch will be served to Transition, Junior, Senior Girls and Sixth Form on Friday 9 December.

REMINDER: If your child does not wish to have Christmas lunch, or has a dietary requirement please complete this form by 30 November. The menu can be viewed on the school website. 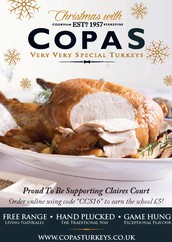 Many Sixth Formers stayed behind to help at the Juniors Fright Night Disco on Friday.

They were, from Year 12, Lily Palmer-Moore and Laurence Pennant-Jones and from Year 13, Vicky Saunders, Kamini Khindria, Callum Perera and Chris Rayer. They all were a great help to the staff and managed not to get slimed! A big thank you to all of them.

Ed Axtell and Zara Khan also very kindly gave up their Saturday morning lie-in to help at the FoodShare food bank in Maidenhead. The staff there are always very grateful for any help from our students. We have a rota for helpers on a Saturday morning. Volunteers, please see Mrs Rogers.

It was our annual Sixth Form Open Evening last night and there were a huge number of Sixth Formers who helped to show case the Sixth Form to the Boys and Girls in Year 11 at Claires Court, and to many other students who visited us from different schools. Our students are truly our best Ambassadors for the Sixth Form - they took students and parents on tours, eloquently explained all our courses, and Tom and Lauren, our Head Boy and Girl, articulately spoke about their experiences in Sixth Form. Every one of them was extremely welcoming, did not stop smiling all evening and as ever, we were very proud of them.

The Sixth Form was very well represented at the recent Winter Concert by some very talented performers. Flora Gault very cleverly sang and performed her own composition "One of those days" on the piano, Sophie Parsons performed "The Birds" by Britten beautifully and Bobbi Culross was Claires Court's very own Dolly Parton with a rousing rendition of "Jolene". We also heard some wonderful musical pieces by Lucy Wooliscroft on the piano who performed Mozart's Sonata in C, and Alastair Roberts-Rhodes on the trumpet who played " The Girl From Ipanema". Thanks also to Ed Axtell who performed in the vox choir, and helped with the technical side. 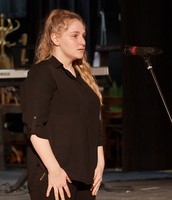 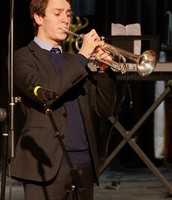 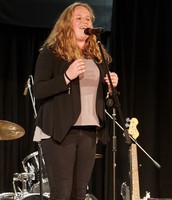 Dr Williams spoke about her education so far, including studying astrophysics at Cambridge university, and her experiences outside of education including cycling across America.

The talk was excellent and gave me and many others an insight into careers in science. My fellow Year 12 student Dan Pullan said the talk had now made him "think seriously about a career in physics". 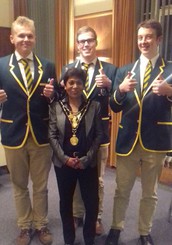 Recognising the achievements of young rowers within the Royal Borough of Windsor & Maidenhead in 2016, the Mayor, Cllr Sayonara Luxton, held an evening reception at Maidenhead Town Hall on Monday, 21 November. Read more here.

Living Tennis in Bisham have developed an Apprenticeship Programme. There are three levels of commitment.

This is for individuals who aspire to be full time coaches. There will be in-house training and funding is provided for coaches to take their LTA Level 1/2.

This is for those who prefer to work on a part-time basis and take LTA Level 1. This is a great opportunity for students to gain work experience, coaching and communication skills.

This is designed for students looking for their first experience of coaching tennis. Apprentices work alongside a coach and receive training. 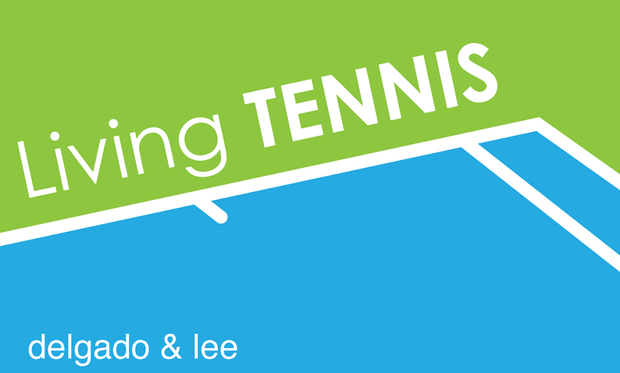 It's fair to say Claires Court shocked Reading Blue Coat early on, with hard tackles and ball carries from the likes of Number 8, Todd Muil, and Centre, Connor Thomas. The first try came from Captain Owain Griffiths, slicing a hole in the Blue Coat defence, and running in from the Claires Court 10 metre line. Connor Thomas followed up soon after, converting a 40m penalty to take the home side 8 - 0 in front of a packed Maidenhead stand.

Poor discipline let the team down, conceding penalty after penalty, allowing the large Blue Coat forwards valuable field position to drive over the line for two tries in the second half, despite the tough Claires Court defence. Claires Court refused to give up, stringing together a massive amount of phases in the final play, trying to get the winning try. A small handling error, most likely due to the slippery conditions, led to an intercept try from Blue Coat. The game finished 19-8 to Blue Coat, an unfair result in terms of the way the Claires Court team played.

Honourable mentions to Matthew Hine, who injured his shoulder in a tackle early in the first half, putting him out for a while. Owain Griffiths also suffered a blow in the final play, resulting in a detached retina, putting him out until the end of the season.

Owain Griffiths weekly update: Owain’s surgery went well, no complications in the surgery. He came to school for half a day and everyone was pleased to see him and glad he was well. Sadly the first operation was not enough and he required a second one. The second operation ran smoothly, not according to him though as he was only on local anaesthetic....… The whole of Claires Court rugby, players and staff, wish him a smooth road to recovery.

Claires Court played away this week against Gordons. After the bus trip Claires Court were not left with much time to warm up. Claires Court won the coin toss and chose to play with the wind, suiting our kicking game we have developed this season.