January may be a cold month, but third grade students are warming up their math skills. After learning the concept of perimeter, they created robots. The third graders were given specific perimeter measurements for the body parts to create the robots. Many of the students challenged themselves by using their own perimeter measurements. The completed robots were colorful, creative, and exhibited knowledge of perimeter. Next, the students are currently learning how to find the area of regular and irregular shapes using different techniques. One technique is using the formula Area = Length X Width. Did someone mention multiplication?

Learning area is quite easy because third graders have been working on Reflex Math. They are working very hard to reach the goal of 6 million completed facts. Third graders are determined to do well or even better than the other grades. Third graders believe all the grades working together can and will achieve the goal. 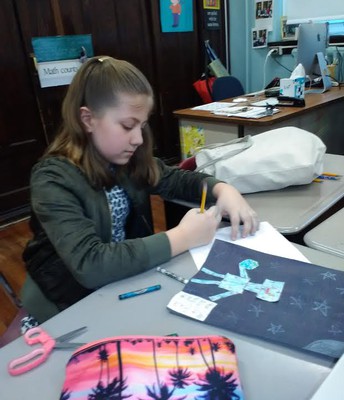 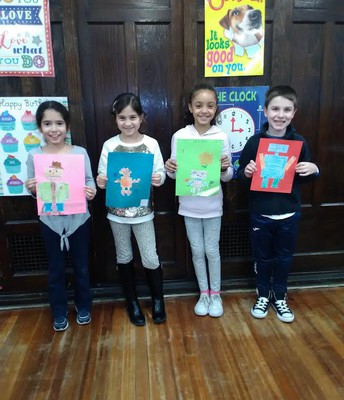 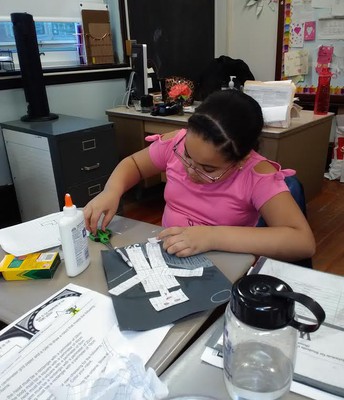 This month in fourth grade math we finished up our multiplication unit on multiplying multi digit numbers. Students learned how to multiply 4 digit by 1 digit numbers and 2 digit by 2 digit numbers. So much improvement has been made with multiplying multi digit numbers since students have been building fluency with their multiplication facts by practicing on Reflex Math. This month we began our Reflex Challenge to see which fourth grade class will solve the most facts over the next six weeks. So far students are off to a great start and are working hard to come in first place! Each day more students are entering the Reflex Hall of Fame outside of Ms. Kane’s room by becoming 100% fact fluent.

We recently began to review basic fraction concepts to help students recognize and generate equivalent fractions. Students are developing an understanding of how to apply what they know about multiplication and division to create equivalent fractions. We will continue to explore how fractions are used in everyday life to help students develop a greater understanding of the concepts. 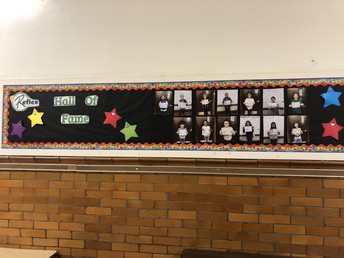 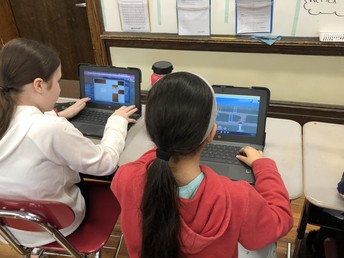 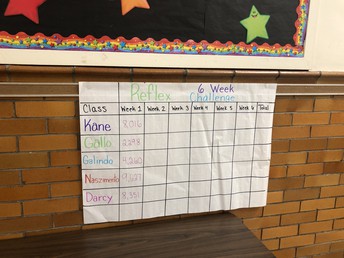 The 5th graders have been working extremely hard this month with our topic on multi-digit division! We began with estimation using compatible numbers, then we learned how to build a model to teach us how to divide larger numbers by place value. Using our new understanding of multi-digit division with a model, we were able to master everyone’s favorite...long division! We continue to grow as mathematicians each and every day, and our practice on Reflex helps us strengthen our basic math skills even more.

Our next topic to master will be division with decimals. The 5th grade is well prepared and excited to use everything they have learned in the past topic to conquer this new topic! All of the 5th graders should be very proud of themselves because they had very difficult material to learn in the beginning of the new year, and they are doing very well. The rest of 2020 looks bright! 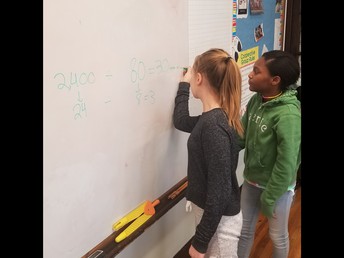 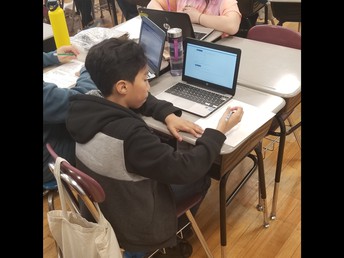 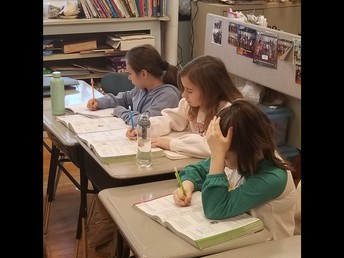 Sixth grade students have had an exciting month. They had a spelling bee along with the grade five students, and Brianna Sigaran from sixth grade won. The fifth and sixth grade also had a Snowball Dance that was a fun bonding event for students. In sixth grade math they finished their graphing unit and are now working on algebraic equations and inequalities. They started with equations with whole numbers, but soon after, tackled one variable equations with fractions and decimals. Currently, they are learning to write, solve, and graph inequalities from a given problem. Meanwhile, students are in a challenge to be the top class in the grade for the most facts solved on Reflex. Ms Boshell and Mr. Rocco’s class has the lead at 171,000 facts solved, but Mrs. Jimmerson’s class is in second place. The school Reflex goal is to solve six million facts, so sixth grade is taking the challenge seriously! 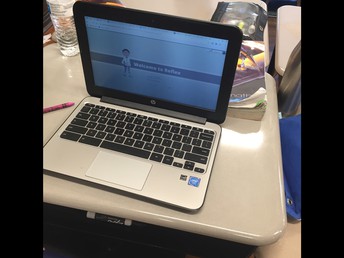 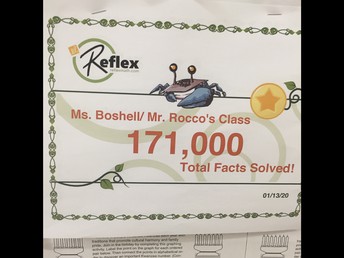 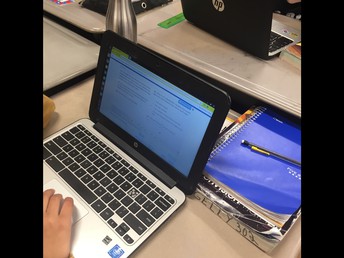