By: Becca Bean and Shayla Marshall

By: Becca Bean and Shayla Marshall

In the week of March 15, we were doing a lot! Like we did our science reports! All the projects were really great, in Becca`s rock collection, we had a chance to win a prize the winners were Shayla, Emma, Nelson, Sabrina, Molly, Ben and Miss Hood! And in Shayla`s salt crystals are not that big, but they were fat. We could have done salt crystals, rock collections, graphs, or transmissivity project. All the presentations so far have been really amazing, and I bet the rest will be too.

community read and our literary essays 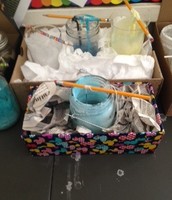 We have been reading a novel together called, The House With The Clock In Its Walls,By John Bellairs. We finished it on Tuesday, March 22. There are 179 pages in the novel, and it is really good. It was about a boy named Lewis who moved in with his uncle due to his parents death. He opens up the tomb of an old evil wizard he comes back to life and tries to end the world and Lewis, Uncle Jonathan, and Mrs. Zimmerman have to save the world. (everyday stuff, right?) it was really good and we encourage you to ( if it sounds good,) to try it out.

We also read a book called, Fox, By Margaret Wild and Ron Brooks. We find this book good, but with a horrible, terrible, worse than imaginable ending.

Follow Jessica Miller
Contact Jessica Miller
Paste in your blog/website to embed.
Aa Aa Aa
High Contrast Mode
Use the box below to choose the language: