The Laws and Amanda Todd

The Laws and Amanda Todd

10 Facts about cyber-bullying and the law 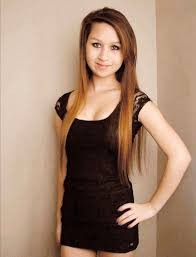 Things you can do to protect yourself