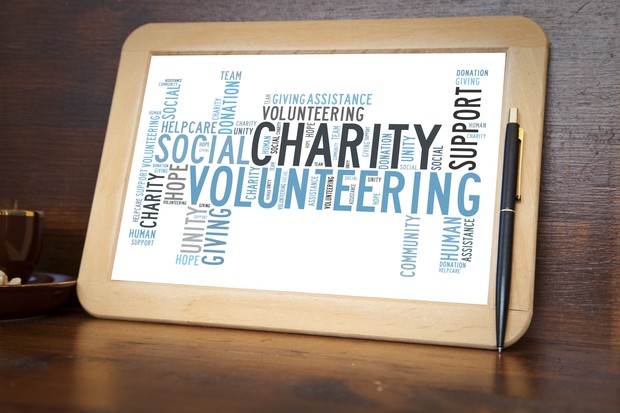 One of the many blessings The Salvation Army enjoys is the advice so generously provided by members of the community. They contribute their time, experience and perspectives which complement the training and views of officers and staff.

We particularly appreciate volunteer service on the Investment Advisory Committee which oversees two portfolios: the General Investment Fund, valued at $864 million on March 31, 2014, and the Officers’ Retirement Trust Fund, which was valued at $177 million at that date. Not only is this a great stewardship responsibility, but a relatively small fluctuation in the investment returns can make a significant difference to the operating results.

In the article below entitled “Investments”, Bill Stafford, the Army’s Director of Investments, comments on the returns achieved in the General Fund in the 2013/14 fiscal year. Bill had many years of experience in the management of pension investments before joining the Army in 2001. Bill serves on the Committee together with Lt. Col. Lee Graves and Paul Goodyear. The volunteers on the Committee are:

While the Balance Sheet shows total assets of $1,637 million, the most significant account is securities of $864 million, nearly 53% of the total and reflecting an increase of $120 million from the prior year. Capital assets (primarily land and buildings) accounted for 90% of other assets in which there was little change.

On the other side of the Balance Sheet, there was no overall movement in liabilities which totalled $367 million in the current year, the same as in the prior year. All of the increases in assets were, therefore, reflected in the fund balances.

The Army’s financial statements can be accessed through the following link: http://salvationist.ca/departments/finance/departmentsfinancefinancial-statements/

The main reason for this impressive result is that 60% of the GIF’s assets were invested in equities which performed exceedingly well. The balance of the portfolio was invested in fixed income securities where the returns were much more modest.

Interest and dividend income accounted for slightly less than 20% of total investment income for 2014, only 5% higher than in fiscal 2013. However, realized gains increased by 139% while unrealized gains were up by 112%. It should be noted that unrealized gains, which represented 53% of total investment income in 2014, will change according to the performance of the capital markets. One final point: the weakness of the Canadian dollar against other currencies (particularly the US dollar) resulted in some foreign-exchange gains on the GIF’s foreign holdings, further enhancing the overall rate of return.

In conclusion, the GIF appreciated considerably in fiscal 2014 primarily due to the realized and unrealized gains in its foreign and domestic equities.

From October 18 to 21, the Social Services department is holding a national conference on “Responsible for Ministry – Committed to Mission”. Participants will be able to choose among various “tracks”, one of which will be Financial Management. This will comprise six 90-minute workshops:

We hope that these workshops will give participants a better understanding of the reasons for the Finance department’s requirements and how these can be used to better manage ministry units. Each workshop will be conducted by two or three members of the department’s senior management team: Arnold Adey, Patricia Dunbar, David Dunstan, Paul Goodyear and Samantha Moss.

Imagine Canada acts as the “Good Housekeeping Seal of Approval” for charities as well as a voice for charities in Canada. When it introduced its Ethical Fundraising & Financial Accountability Code in 2008, the Army quickly signed on and shortly issued its own Operating Policy (4007) on ethical fundraising, confirming its commitment to this practice.

In 2012, Imagine Canada introduced a standards program. No longer could charities just “sign on” to the code; they would now have to prove that they “live the code.”

The Governing Council agreed that the Army needed to meet Imagine Canada’s standards which represent best practices in fundraising and financial accountability. The Finance department took responsibility for the work involved in responding to the more than 100 standards across five sections: Board Leadership, Finance Accountability & Transparency, Fundraising, Staff Management and Volunteer Management.

As this project commenced, it was encouraging to find that we already follow the standards in many areas, but had simply not documented them. We can be proud of our many initiatives to increase accountability.

General Andre Cox has issued a call to the International Army on the subject of accountability and transparency: “The Salvation Army is a force for positive change; however, the hallmark of our movement needs to be grounded in transparency and accountability. We are going to have to up our game if we are going to significantly continue to impact community in the days and years ahead.”

Applying for accreditation through the Imagine Canada Standards Program is certainly a practical way of responding to the General’s call. It will also reassure our donors that their dollars are being well managed and they can trust us to do what we say we will do.

With our submission to Imagine Canada scheduled for September 30, 2014, pray that its review will go smoothly.

The Finance department thanks all who were involved in contributing to the Army’s submission.