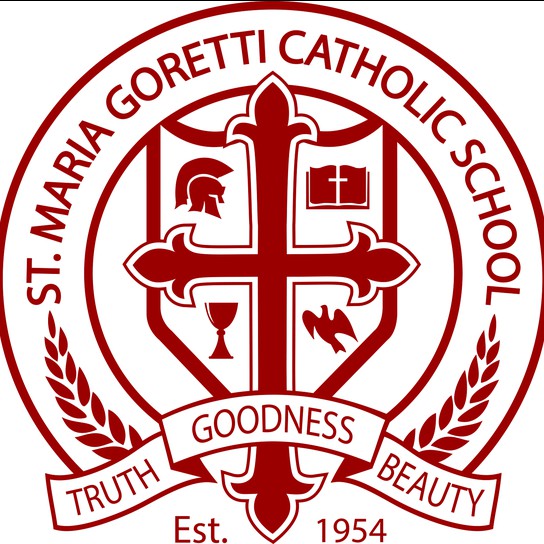 October brings many opportunities for us to celebrate! Life is the most precious gift, and this “Pro-life” month, we pay special attention to cherish life. In this past week’s student Mass, I spoke about living in the “present” because it is a “gift” from God. He loves us and wants to surprise us with His gifts. It is up to us to use them for His glory. How do we promote life? Do we live each day with no regrets? Is there something we can do to help others’ lives be a little easier or happier?

It is also the time we focus on the Rosary. When I pray the rosary, I feel Mary’s presence as She holds my hand through the beads I hold, but more importantly I feel peace of mind and believe that through Her miracles happen. There is hope when I turn toward Mary.

The Catholic Church is based on the Sacred Scripture and Traditions. This week on Friday, Oct 13th we celebrate the gift of the Rosary and the miracles we receive from Our Blessed Virgin Mary. Please join us in prayer on Friday, October 13th at 12:25P.M. in the church to pray the Rosary for world peace. 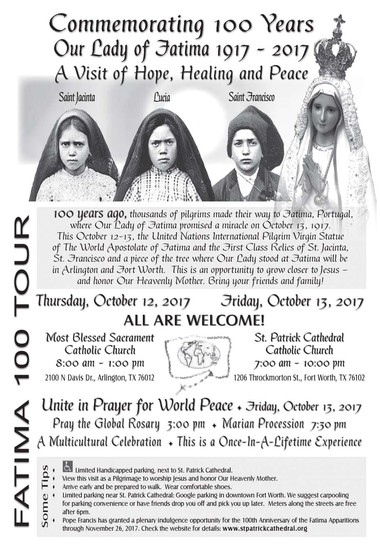 Mary's story and plea for us to pray the Rosary

The Day the Sun Danced in the Sky

The story of Fatima begins May 13, 1916, when, against the backdrop of the First World War, Europe had seen the most horrific and powerful forms of warfare yet seen, and a year before the Communist revolution would plunge Russia/Eastern Europe into six decades of oppression under militant atheistic governments, a resplendent figure appeared to the three children who were in the field tending the family sheep. “I am the Angel of Peace,” said the figure, who appeared to them two more times that year, exhorting them to accept the sufferings that the Lord allowed them to undergo as an act of reparation for the sins which offend Him, and to pray constantly for the conversion of sinners.

Later during 1917, the First World War was raging without any sign of peace. By this time Pope Benedict XV, who had been in the diplomatic service of the Vatican, had exhausted all of the natural means in his power to bring about peace. Realizing eh limited power of even Papal diplomacy, the tired and frail Pope turned to the Blessed Mother of God, through Whom all graces are dispensed. He urgently requested all Christians to beg the Virgin Mary to obtain peace in the world, and to solemnly entrust the task to Her alone.

The Blessed Mother responded quickly to this agonizing plea of the Pope and the Christian people. Only eight days later, at Fatima, the Virgin Mary came in response to the crisis raised to Her from a warring world. On May 13, an apparition of ‘a woman all in white, more brilliant than the sun’ presented itself to the three children saying, “Please don’t be afraid of me. I’m not going to harm you.” Lucia asked her where she came from and she responded, “I come from Heaven. The woman wore a white mantle edged with gold and held a rosary in her hand. The woman asked them to pray and devote themselves to the Holy Trinity and to say the Rosary every day, to bring peace to the world and an end to the war.” The Blessed Virgin Mary appeared six times to Lucia, Jacinta and Francisco near Fatima, Portugal, between May 13 and Oct 13, 1917. Appearing to the children, the Blessed Virgin told them that She had been sent by God with a message for every man, woman, and child living in our century. Coming at a time when civilization was torn asunder by war and bloody violence. She promised that Heaven would grant peace to all the world if Her requests for prayer, reparation, and consecration were heard and obeyed.

In Her last apparition on October 13, 1917, the woman revealed her name to the three children: “I am the Lady of the Rosary.” Following a promise by Our Lady that she would show the people that the apparitions were true, 70,000 people witnessed the sun make three circles and move around the sky in an incredible zigzag movement in a manner which left no doubt in their minds about the truth of the apparition. Sick were healed, no-believers were converted and no one experienced any damage to their eyes from looking directly at the sun for such a long period of time. –Compiled from several Fatima websites.

When we pray the rosary after each decade we pray the Fatima Prayer. “Oh my Jesus, forgive us our sins, save us from the fires of hell, and lead all souls to heaven, especially those in most need of thy mercy. Amen.

If you want to learn more you may watch a video at https://www.youtube.com/watch?v=RxZBxEJz1v8 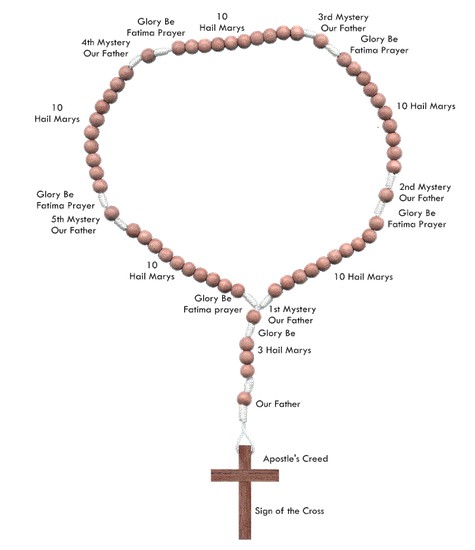 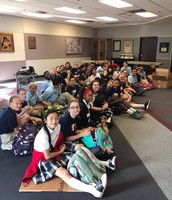 This past Friday, October 6th, the Seventh Grade experienced life as a homeless person in a simulation. They experienced many of the hardships of being homeless - lack of food, shelter, and employment. The students were given a specific situation and had to adapt. They built shelters from limited items - tarps, tape, rope. They learned how to share what they had with others and adapt to their surroundings. The 7th grade will be collecting items to help the homeless in our area. Please view the SOS Most Needed Items List.

Thank you Catholic Charities for teaching our young disciples amazing lessons in life and charity, and thank you to all the parent volunteers who helped make this simulation a success. 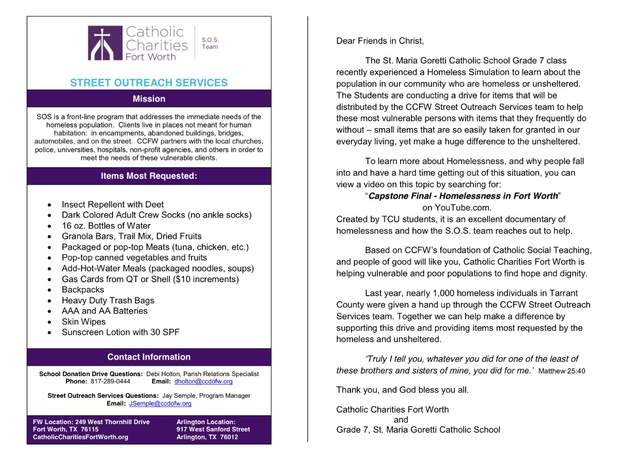 Isaiah 40:31 “But those who hope in the Lord will renew their strength. They will soar on wings like eagles: they will run and not grow weary, they will walk and not be faint. “

Come out and find out all about the SMG Running Club!

Calling all 5th-8th grade students interested in learning and playing Chess! If you are interested, then we have a club for you! We will have an organizational meeting this Thursday during your recess time in the cafeteria. The chess club is looking for chess boards and pieces. If you have any you would like to donate, please send them to the office. We greatly appreciate your help and know they are going to a good home.

Again, let us thank all the parents and chairs for their long hours to make our Karnival a success.

And the Winners are…

Events for the Week:

Parents are welcome to attend. If parents have an item they want addressed, please contact a member on the Advisory Council. Council Members represent you, the parents, and can speak on your behalf. The purpose of the council is to advise the principal and the pastor. 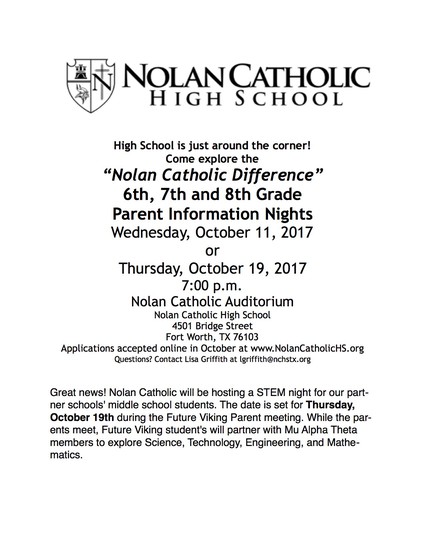 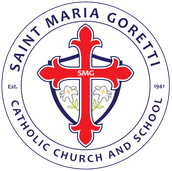