Childnet have launched the 5th Childnet Film Competition to encourage young people aged 7-16 to create a short film to educate their peers about staying safe online. Founded in 2010 as a way of asking young people to focus on the positive uses of the internet, the Childnet Film Competition is a great way to engage schools in using technology for creative and positive uses and equip young people with the skills they need to become confident digital creators.

This year’s competition builds on the theme from Safer Internet Day 2014, ‘Let’s create a better internet together’. Encouraging young people to focus on the positive and inspiring uses of the internet, this overall theme is the basis for the individual primary and secondary school category themes.

For primary, Childnet are challenging pupils to create a 60 second film that explores, 'how would you make the internet a better place for you and your friends?'

For secondary, Childnet are challenging pupils to create a two minute film expressing, 'what does a perfect online world mean to you?'

With all the shortlisted finalists invited to a private screening of their film at the BFI in London the Childnet Film Competition is a chance to celebrate young people’s creativity online. 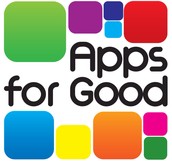 Apps for Good aims to build the next generation of problem solvers and digital makers. They partner with educators in schools and learning centres to deliver a course to young people 10-18 years of age. They provide the course content, training and connections to their Tech Expert volunteers, and then let teachers do what they are best at – inspiring and guiding young people.

The programme equips students to research, design and make digital products and take them to market. It “ticks the box” of the new computing curriculum but does much more. Students work together in teams to determine the issues they want to tackle and how best to solve them using social, mobile and web apps. With a focus on solving real issues that matter to young people and their communities, students learn about the full software product development process in a hands-on way. The result is students who are creators not just consumers of technology and they have the real life entrepreneurship skills to make their ideas a reality.
www.appsforgood.org
appsforgood.org

The aim of this one day CAS NoE conference is to support primary teachers and head teachers with the introduction of the new Computing curriculum. The conference will also benefit secondary teachers with an interest in computing at primary level and transition from primary to secondary. The conference will provide: a day of high quality CPD delivered by experienced teacher trainers and primary practitioners, and the opportunity to network with colleagues across the region and share practice and ideas. Hands-on practical sessions will focus on how to deliver the new curriculum at Key Stages 1 and 2, and will identify cross-curriculum links. Sessions that are specific to each Key Stage will cover a range of topics including: computing without computers, physical computing, primary programming, computational thinking with Lego Mindstorm and Beebots. Session will be lead by regional and national experts.


The conference is a leading national professional development event and essential for school leaders and classroom practitioners. We firmly believe that conferences should be relevant, focused and inspiring and all who attend feel empowered and informed to help them continue to improve and develop the quality of teaching and learning in their schools.

Each of our speakers are chosen to inspire and provide clarity in these challenging times of curriculum reform and the exciting opportunities presented by new education technologies.
digitallyconfidentconference.org/

If your school is part of South Tyneside SLA you can take advantage of a 15% discount on Mathletics, Reading Eggs and Spellodrome. Contact us for more information.
01914272120