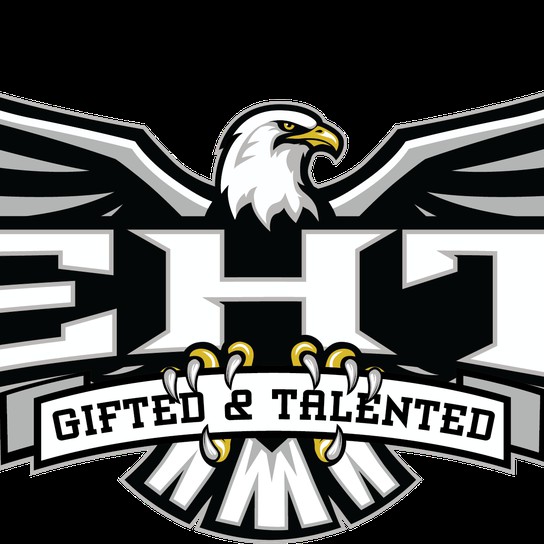 Gifted and is using Smore newsletters to spread the word online.

Get email updates from Gifted and: 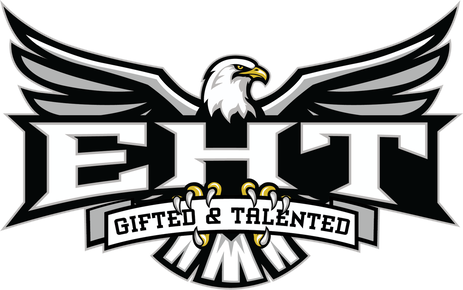 The Science and Technology Surrounding the Titanic

On April 10, 1912, the "unsinkable" ocean liner Titanic set sail from Southampton, England en route to New York. Though the Titanic was considered a technological wonder for her time, that didn't prevent the tragic events that unfolded on April 15th. On that day, a series of events led to her sinking to the bottom of the Atlantic Ocean. It would then take 73 years and great advances in science and technology to find her.

The 5th grade GT students began their study of the Titanic learning about those events described above. They then began to focus on the science and technology surrounding Titanic and the area where she was finally found, but especially advances that made her discovery possible.

There were variety of topics available for students to research. Each was able to choose a topic that interested them. They were tasked with researching their topic and creating a product and video to tell about it. Check out the topics and corresponding videos below to see their work! After the initial video in each section, the subsequent bars introduce a different videos on the same topic. Just click on the bar to view each additional video.

Birding in the North Atlantic

Madison S. and Sydney S. had the opportunity to interview a world-renowned ornithologist, Mr. Tom Johnson. Mr. Johnson shared his knowledge of birding, as well as some of his worldwide adventures and contributions to the study of birds. In particular, he shared knowledge and information about birds of the North Atlantic that are found in the surrounding areas where the Titanic sank. Watch the interview below!

Birds of the North Atlantic with Tom Johnson

Being Safe on the Water 🦺 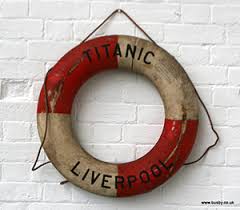 Since the Titanic disaster, water safety have moved to the forefront. Regulations and laws have been enacted to help keep all types of watercrafts safer for everyone. Learn more here beginning on the banks of the Great Egg Harbor River with Kayden W.

Emma L. outlines the common sense things to do to stay safe on a boat.

Dylan G. gives you the 911 on lifeboats and the Titanic!

🚢Does it Float? Buoyancy and the Titanic 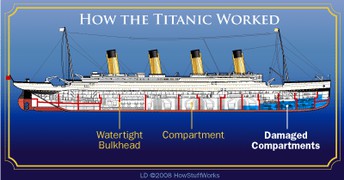 Buoyancy is the ability or tendency for something to float. The Titanic had revolutionary watertight compartments that helped with this. However, with the bulkheads not being built higher, the water was able to surpass them leading to the sinking of the ship. Learn more about this concept in these videos! We begin with Alex H. below talking buoyancy and watertight compartments with his demo!

Darko L. explains and then demonstrates how buoyancy, or lack there of, lead to the sinking of the Titanic.

Joseph H. explains buoyancy and buoyant forces and how this affected the Titanic. 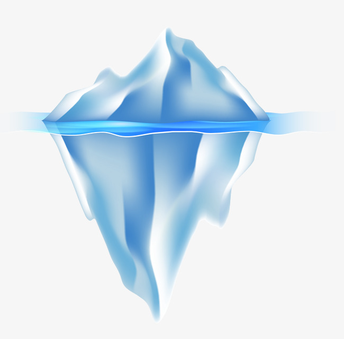 It is well-known that an iceberg contributed to the demise of the Titanic. The water temperature also took its toll on those in the water. Check out the great videos below that tell about hypothermia, icebergs, iceberg formation, Iceberg Alley, and the International Ice Patrol, beginning with Ally S. and Sierra M. and their "breaking" news about icebergs!

Abby D. explains how glaciers form and, in turn, icebergs. She also tells you about "Iceberg Alley", and she shares an iceberg sculpture that she made!

Luke C. and Nalani C. share their origami display and talk about icebergs.

Sariah R. tells you about the many types of icebergs in this video.

Join Bobby P. as he explains hypothermia and its effects on the passengers of the Titanic or anyone else who is in frigid waters for too long.

Abby E. explains how the Ice Patrol was formed.

🍴Eating Your Way Through the Titanic!

Food is an important part of everyone's life. Several of our budding chefs explore food on the Titanic and compare food that was served to the different classes on board. Begin your foodie tour with Chef Evy and Chef Libby (below) who give you a first-hand look at cooking on the Titanic!

Cooking On the Titanic
A Different Class of Food

Alissa Z. shows viewers how to cook fried potatoes and baked apples with recipes used to serve patrons on the Titanic.

Food and Food Service on the Titanic

Lanie K. talks about the enormous amount of food needed on the Titanic's maiden voyage.

Not only is there abundant sea life in the North Atlantic, but there were also several animals who sailed on the Titanic. Learn all about them here! Start off with Annabelle N. on her dive into the North Atlantic!

Animals of the North Atlantic

Shreevas A. tells about various sea animals found in the North Atlantic and shares hand-drawn pictures of each!

The Animals of the Titanic

Join Emma F. as she talks about animals on the Titanic. Pay close attention to the song “La Sorella” in the background. That tune was playing on a music box pig belonging to American Edith Rosenbaum. She played it on Lifeboat 11 to comfort the kids.

The use of underwater cameras is vitally important to scientists who found and are studying the Titanic. The evolution of underwater photography is explored by Emma B. in her video below.

The Evolution of Underwater Photography

🎫Booking Passage on the Titanic! 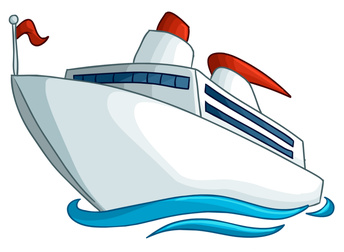 Are you interested in sailing on the Titanic? Well, contact one of our "travel agents" and learn more about it! Several students decided to travel back in time and became travel agents. Their videos tell of all of the wonders of the Titanic, starting with Karlee M. from Luxury Travel & Tours, so, join us!!

Join "Researcher Rob" to see a recovered video clip about booking passage on the Titanic!

The Titanic: An Experience of a Lifetime!

Are you interested in having the experience of a lifetime? Well, join Ryan C. and find out all about the Titanic and how to book your reservation now!

Take a Trip on the Titanic!

Join travel agent, Aisling D., and learn about the vacation of a lifetime!

Join Callie G. as she explains why you want to take a trip on the Titanic!

All Aboard the Titanic!

Find out why you want to book passage on the titanic from Parker D.!

Traveling on the Titanic

Learn about the classes you can choose from when booking passage on the Titanic from June S.

Aidan takes you through the history of submersibles and how they were used to find the Titanic. He then shows you how to make your own submarine from every day household items!

Jackson N. created a time-lapse video showing the Titanic and its encounter with the iceberg on that fateful night!

Shrey N. explains the phenomenon of rusticles and their formation in the Titanic.

All About 3-D Printing

Casey R. takes you through the steps to print in 3-D.

Casey R. sows you the 3-D printing process in this time-lapse video.

All About the Titanic

Surya S. uses origami to talk about the Titanic. 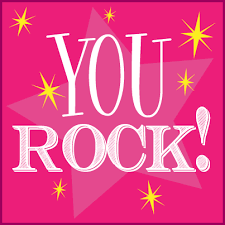 I wanted to thank the parents and families of my GT students for your assistance on this project! I know many of you were actors, food tasters, videographers, directors, clean-up crew, etc. for this, and your help was invaluable! I also want to thank Mr. McClain who set up a Flipgrid class so students could use that forum to create their video, as well as lending his iMovie skills to condense videos! 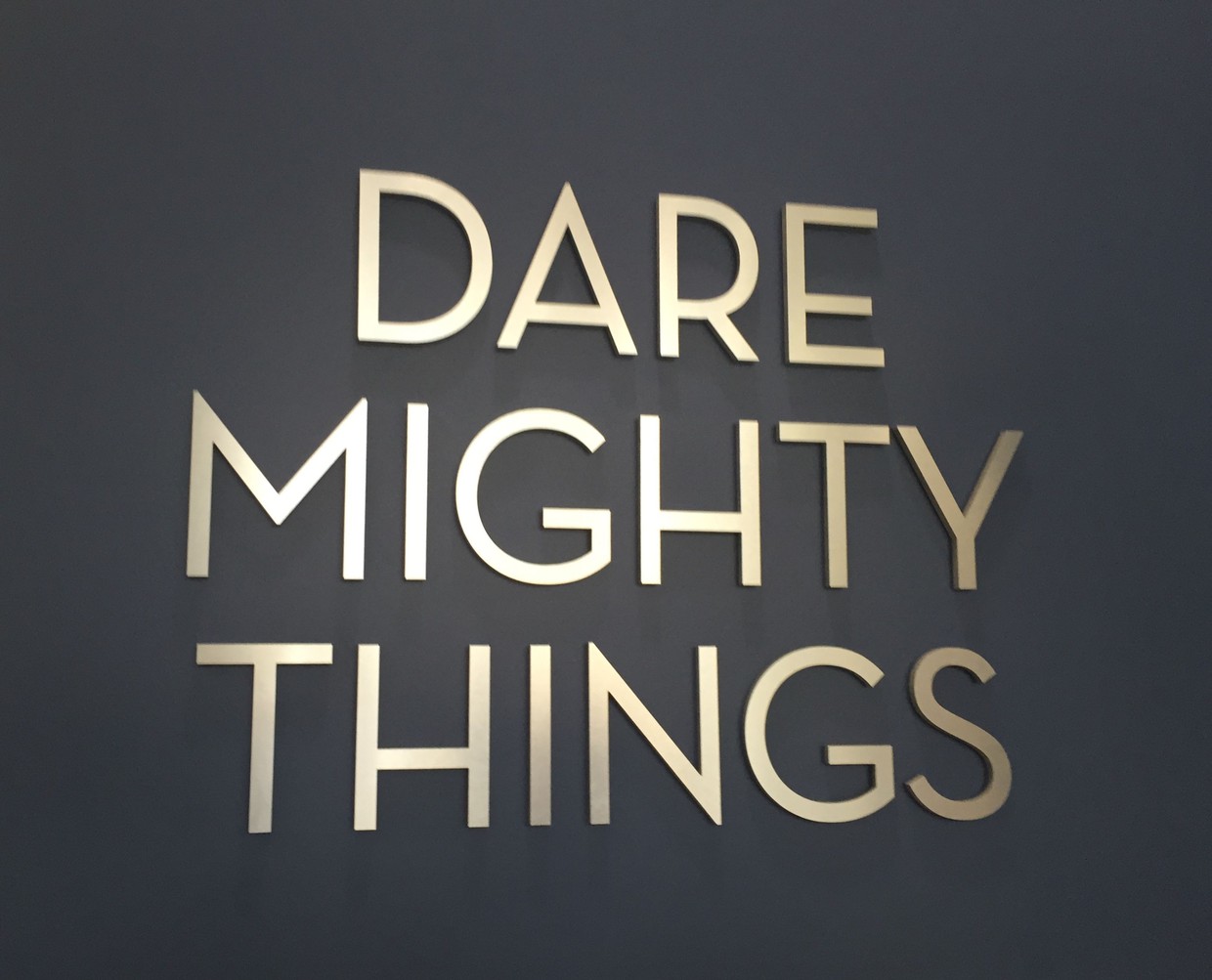 Connect with Gifted and Talented

Gifted and is using Smore newsletters to spread the word online.