Destroyer of Trusts and Promoter of The ICC

Destroyer of Trusts and Promoter of The ICC

Taft The Trust Destructors most deadly enemy was Standard Oil. Standard Oil was one of the oldest and most powerful or all trusts as it controlled around 90% of oil production. The Company devised a system in which Standard Oil owned stock in some 41 companies while these companies in turn owned other companies creating an emmense conglomerate. This combination of companies created unfair business practices as Standard Oil practically owned the industry. They also used their advantage to raise their oil to very high and unfair prices. The Standard Oil also took their unfair practices to China where it sold kerosene to Chinese peasents.

Frank got his name from the book he wrote known as "The Octopus: A California Story". In this story Norris used his powers in language to detail an account in which an oppressive railroad company made the lives of Californian wheat farmers incredibly difficult. His writings helped gain support against Standard Oil and other evil trusts.

Standard Oil and Its Defeat

The Mighty Taft wielded his mallet and stuck it down upon trusts left and right by breaking up the American Sugar Refining Company, and eventually Standard Oil. He totaled up 99 Trust-Destructions during his term as protector of the American people. He also passed the Mann-Elkins Act of 1910 which helped the Interstate Commerce Commission by allowing them to control rates. His law also allowed the ICC to regulate telephones, telegraphs, and radio. Taft also passed the 16th ammendment which allowed the government to take an income tax. In the end it was his trust-busting actions and his passage of the Payne-Aldrich Tariff that created enemies out of his once greatest supporters which resulted in the dismantiling of his position as protector of the free people. 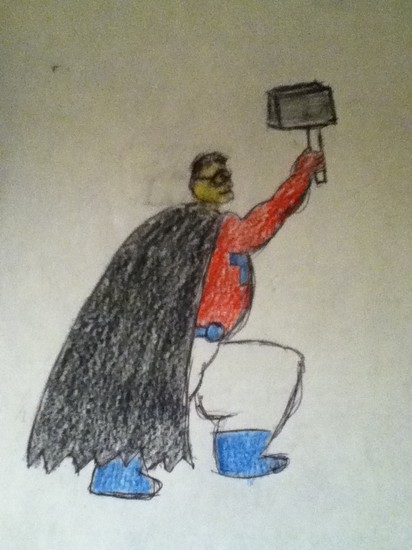