Get email updates from Steve: 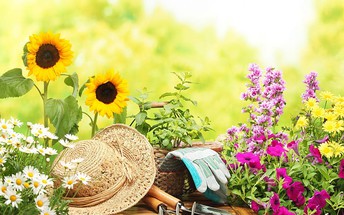 Mechanical fasteners, when properly used as recommended by the manufacturer, almost always assure safe and secure attachment of a fastened product. In commercial and residential applications, injuries resulting from mechanical attachment failures have often been attributed to inappropriate usage of products, improper installation procedures, or the failure of a poorly manufactured fastening product. When a product becomes disconnected from its point of attachment, serious personal injury can result.

As the retained construction expert witness participating in numerous personal injury claims resulting from loose or falling components in commercial buildings, hotels, hospitals, airports, and housing projects, I have been involved in assessing, analyzing, and determining the reasons for the attachment failures of many types of products.

The attachment failures that I have observed are usually the result of one or more recurring problems:

In commercial applications such as in a hotel environment, it is not uncommon to have multiple locations using identical products and fastening systems such as in guest rooms or common area hallways. One example of a multiple location installed product would be a guest room headboard. The headboards are usually attached to the headwall with a cleated system. This cleat system is often found loose or detached due to improper anchoring of the original installation hardware. Ornamental art pieces or wall sconces installed along a common corridor become dislodged due to abuse by patrons and or attachment failures occur due to improper usage of wall anchoring hardware. Another example is often seen in hastily or improperly installed door closer hardware. Serious personal injury claims can result from improper preparation of the receptor areas (point of attachment) where stripped, over torqued, or sheared screws ultimately lead to poor or inadequate attachment of the applied hardware products.

A key factor leading to personal injury is the lack of proper maintenance policies and procedures. In many cases, improper maintenance is found to be another prevalent cause of mechanical fastener failures which has resulted in severe injury claims. Maintenance personnel that are untrained or lack the proper tools to perform repairs often make the decision that the needed corrective actions they have taken to make the repairs have been properly completed. In many cases, the corrective maintenance actions actually created a much more dangerous situation, where a once minor problem became a significant factor contributing to a serious personal injury.

Most fasteners are designed for a specific application. Manufacturers have engineered their products to evaluate the weight of the object being connected, the substrate that the object will ultimately be connected to, the potential for expansion and contraction or movement of the substrate, and what environment the fastener must function within. Types of materials that sub-surfaces are made from affect the performance of any fastener. It is important to have information as to the component makeup of the point of attachment to insure that the fastener chosen will meet the needs of the applied components. Knowledge of the proper use of fasteners is even more critical in harsh environments. Points of connection with acidic substrates or where temperature, moisture or chemical changes are frequent make choosing the proper fastener even more significant.

On a very basic level, the best fastener for your application must include a calculation to hold the desired object with a margin of safety. Installation methods and techniques must be tailored and designed to exceed the possible abuses that can occur to protect the safety of the patrons of an establishment.

For example, my construction company has installed wall hung pictures throughout hotel rooms and hotel common areas. A small ten pound picture and frame properly attached to a wall does not appear to be a major safety hazard. However, in the most basic installation scenario when hanging this example decoration, my crews have utilized a continuous cleated system that works with a cam lock that assures not only the positioning of the picture, but also assures that the picture and frame cannot be removed from the wall.

If that ten pound picture fell off of the wall, or was hanging over a bed in a hotel room and fell off onto a guest while that guest was sleeping, that small picture and frame could create a serious injury. If the ten pound picture and frame was only attached to the wall using a hook and wire such as would be common in a residential application, the hotel would be negligent in the method of attachment by not protecting its patrons from a possible predictable injury. 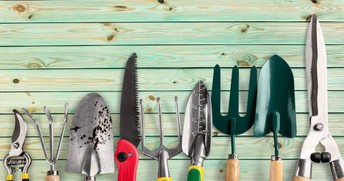 Fasteners are usually selected based on their function and the material that is to be fastened. This means that a fastener required for joining two wooden beams is different from a fastener that is used for fastening steel rods. Other factors that determine the selection of a fastener are - application, body design, the diameter of the body of a fastener, thread type, material, and drive types.

It is important that a construction fastener meets the requirements and quality standards laid down by the government. The tensile strength and the shear values should be accurately determined to avoid any breakage or untimely fatigue failure of the machinery or construction in which the fastener is to be used. Fasteners that are used in the construction of a scientific or biological laboratory need to fulfill the requirements that are necessary for the safety of the crew that works in the lab.

Fasteners have become an integral part of our lives and are indispensable in almost every industry. Fasteners are used in almost every object that a person sees around him. The indispensability of fasteners is truly realized when we observe that all the machines, factories, vehicles, consumer goods, and human construction around us comprise of fasteners that determine the life and usefulness of the object.

Follow Steve Wiley
Contact Steve Wiley
Embed code is for website/blog and not email. To embed your newsletter in a Mass Notification System, click HERE to see how or reach out to support@smore.com
close