Shaunte is using Smore newsletters to spread the word online.

Get email updates from Shaunte:

You're about to experience the best branch of your life!

You're about to experience the best branch of your life! 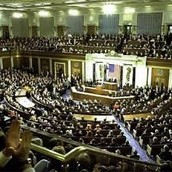 Parts Of The Legislative Branch And The Requirements Of Each:

How The House of Representative And Senate Are Selected:

The House of Representative:

Members of the House of Representatives are selected by the states according to their population in the federal census. Every state is eligible to at least on representative.

The House of The Senate:

For every 159,000 people in a state, a person elected to represent their state.

The legislative branch makes the laws.

They provide advice and consent for appointment of federal judges and Supreme Court justices.

They declare war on foreign countries or powers.

Which Power Is Most Important To You?

The power that is most important to me is Law Making because in order to get something done we are going to have to make it official, that way everyone can abide from the something and that way things do not get out of order and make a world of chaos.

Two Major Issues That Were Not Listed:

What Major Issues Do You Think This Branch Should Have?

Honestly, no, because they all have a lot of jobs to do and that is just going to bring more stress, work and hours on them.

The Limits That Are Placed On The Legislative Branch:

The Interactions Between The Legislative Branch and The Other Branches:

The legislative branch comes up with the laws that the executive branch enforces to the judicial branch, in order to make the law official.

Shaunte is using Smore newsletters to spread the word online.