Wyrd is an anglo saxon word that refers to an individuals personal fate. Each person is bound to it and lives their life in accordance to a predetermined future. 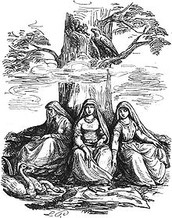 A persons fate personified by one of the three sisters

fate personified; any one of the three wyrd Sisters 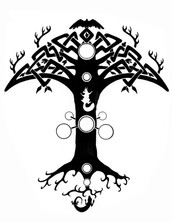 >For many anglos this was an important philosophy that they followed.

>Linked to and evolved from the concept of Karma in hinduism

>The Anglo Saxons believed in a tree that holds the nine worlds upon it's branches, fate is therefore linked to that tree.

In this quote Beowulf is including the idea of fate, of wyrd, and how fate rules all things, because of this and because he is so brave he will be able to surpass the challenges ahead of him as he explains to the people of Hrothgar. As seen later on in the story this fate indeed comes to pass. 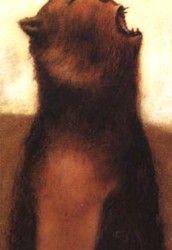 "I understood that the world was nothing, a mechanical chaos of casual brute enmity in which we stupidly impose our hopes and fears" 22

Grendel is wallowing in the hopelessness of his fate, realizing how everything is set in stone and he cannot escape the concept of "Wyrd" of his fate. It is perhaps this concept that Grendel is cursed with his wyrd that drives him into a mental journey of such torment and anguish, which is one of the main themes in this story.

The concept of wyrd is almost taken in a completely opposite way in Beowulf as it is in Grendel. In Beowulf, he sees his fate as a destiny, a journey of valor, glory and fame. Beowulf is undefeatable because of his fate, and it guarantees his name to be etched into history. However in Grendel, his fate is a doom, it is a sentence to agony, rejection and malevolence, Grendel is cursed by God, and so such is his "wyrd", his fate. These differences are so important because it is what creates the contrast between Beowulf and Grendel and their philosophical implications. 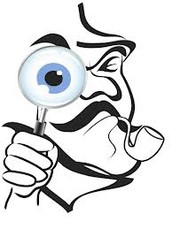