Madelyn is using Smore newsletters to spread the word online.

Get email updates from Madelyn:

The Nuremberg trial was a series of trials of 13 Nazi war criminals. The 13 Nazis were tried for their crimes against humanity. The Nazi party was responsible 10 million murders Jewish and non-Jewish.
Nazi war criminals were recruited by CIA, FBI by the hundreds

America captured anti-Russian Nazis to combat the communist in the Cold War and space race. One of Adolf Hitler's best scientist was one of the key pieces to us beating the Russians to the moon with rocket technology.

A Hungarian citizen and an alleged Nazi war criminal, convicted and sentenced to death in absentia in 1948 by a Czechoslovak court. 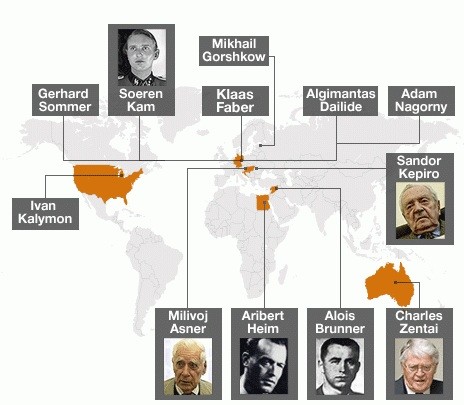 Madelyn is using Smore newsletters to spread the word online.