While there are may difference between India and the United States, one of the large differences is our idea on the topic of gender equality. Throughout India, women are regarded as a lesser to man rather than an equal. From access to education to the amount of food given to new-born babies of different genders, it is evident that most of India treats women completely differently than we would deem "correct".

The large issue though is how women are treated differently within the India society. In terms of education, women (according to statistics found in source 1), about 70% of girls attend school from the ages of 6-10 compared to 76% of boys of that age. Yet the situation becomes drastically worse in the upper primary level where only 40% of girls attend school. The problem isn't necessarily restriction to attend school but some women face opposition from their families and communities. Even still some women "attended school for at least 5 years despite strong opposition from their families and communities (1)", indicating the resistance due to the idea of the "cultural norm".

Differences are also seen in the amount of nutrition given to young new-born babies of different genders. "In many cases, the birth of boys is celebrated while newborn girls are at best tolerated and at worst, treated harshly. (2)" This can be seen in the malnourishment of these newborn babies. The root of this problem is the "perceived low status of women and the lack of nutritional knowledge", which is due to the fact that these women don't have access to the proper education (2).

While the gender issues continue from the access to health care to working conditions, the important part is that the government is beginning to recognize and attempt to solve the issues. In 1947, when Jawaharlal Nehru became India's first prime minister, he immediately saw the chance, and task, of ending poverty and inequality. He set out in formulating the country's Five-Year Plans for locating and solving these issues within the country. As the 1st Five-Year Plan (FYP) was started, there were no specific planning strategies. "However, in the 2nd FYP, the principles of ‘socialistic pattern of society’ underlay the planning strategy and emphasized social gain. It put stress on raising standards of living by raising national income through a rapid industrialization process with focus on heavy industry. This was expected to generate employment opportunities and reduce inequalities in society by trickling down benefits to the poorer sections in society. (3)". Yet the industrialization widen the gap between rich and poor.

In 2000 the 8th FYP was created. This helped create poverty reduction strategies by creating certain legislative documents such as Mahatma Gandhi National Rural Employment Guarantee Act, Right to Education, and Right to Information. India is currently battling its gap between rich and poor, and is slowly solving the problems that industrialization brought down upon the country. According to recent statistics found in source 3, the economy grew at an average annual rate of 9.5%. The average wage rate per day has also increased from US$ 1.29 in 2006-07 to US$ 1.79 in 2009-2010 (3). Though poverty is rapidly being solved, this has caused the issue of gender inequality to became less prominent. This doesn't stop the growing numbers of women to keep fighting for their cause. 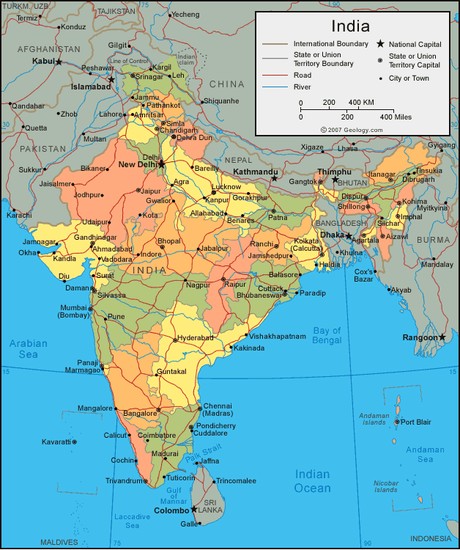 This event occurring in India is not unlike the struggle Great Britain went through after starting the process of Industrialization. When India became a country in 1947, industrialization was not far behind. Soon India became a booming country and with that, the gap between the poor and the rich increasing, gender inequality increased, and working conditions diminished. Many of this was similar to the Great Britain industrialization. The gap between the poor and the rich increased, which in India's case, helped gender inequality surface even quicker and to a higher degree. In both countries, women were forced to work longer hours for less pay and in general were given less safe work. In both country's there was also the issue of sexual harassment towards women. One of the major difference was the importance of women. In Great Britain, women were welcome to work, as they did the same work, or more dangerous in some cases, and could and would for less pay. For India, while they treated women as unequals, they would rather of them not be working at all. Women became a disgrace in society and eventually became more of a burden than helpful in the factories.

This difference between the two societies probably stemmed from the history of the gender inequality of the two. In Great Britain, women had also been a little less equal then men, but were still treated with class and elegance, they just didn't have the same rights as men. In India, the caste system placed the women to be degraded even further to the point where it was almost as if they weren't on the same spectrum as men. While the Industrialization helped both countries promote gender inequality, the past of India, caused it to take a turn for the worse versus Great Britain whose gender differences didn't vary as much. 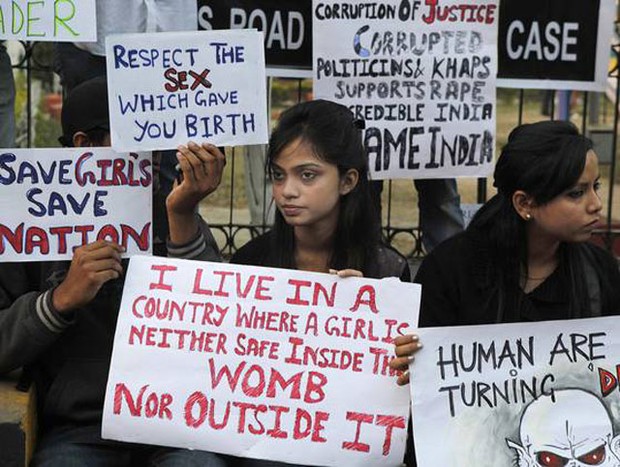 Slowly the idea of gender inequality is being recognized the point where actions are being taken. Gender tests were outlawed, in order to prevent parents from aborting female fetuses. Women are fighting for their education, as they help improve the education for the future women of their generation. The Indian UN ambassador, Sen, agrees that women should be considers equal, but says that the involvement of the country, especially the women, can only help fight this case. Many women don't fight for their cause, either believing it is the social norm or too afraid to fight for their case. Yet the idea of gender equality is slowing flourishing, as more and more women step up to fight for their case, and that is when is need. What is needed is to rally the people of India and fight for the cause by making it recognizable and fixable.

As Joanna Liddle and Rama Joshi state in their book Daughters of Independence: Gender, caste, and Class In India: "It has been possible for educated middle-class women in India to move into the professions, albeit to a limited extent, because the social groups to which they belong are moving from caste-oriented to class-oriented strategies for maintaining power and status. In a society dominated by caste organization and values, the seclusion of women brought prestige. Class society builds upon the gender hierarchy established by the caste system."

The idea that is now changing India, is the transition from caste system to a class system, giving women more rights, freedom, and ability to be considered equals as men.

But honestly what is correct? Every society, in every aspect, is run differently, which is what creates the separation and distinction between people. We can not deem another society's cultural norms to be wrong just because we don't follow the same customs. Yet the problem, such as the case with India, evolves when people within the society begin to fight for rights or fight against customs that they feel are unfair. That is what is evolving in India, as women beginning finding their voices, fighting for the unfair education and nourishment issues. Still some women refrain from fighting, not because they dislike the cause, but because they feel it goes against the social norm, the custom. Until these women begin fighting against the country, then nothing will be solved. They need to be able realize that their country is restricting them before their country will be able to realize and solve the issues. If I were to recommend a course of action for this cause, it would be for all the women, who are steadfast in fighting for the cause of gender equality in all aspects, rally other women within their families and communities. Like a ripple in a pond, the plan is to get the ball rolling, including as many women as possible to fight for the cause. Not only do the general of population need to fight what they deem necessary, but specifically mothers. Many parents take "illegal gender tests to abort female foetuses" (4). "Other girls die due to preventable disease... because they are sidelined in favor of their male siblings when it comes to access to health and nutrition (4)." If a mother is not willing to fight for the cause and protect her children, than what are the children learning? They are learning to continue to let themselves be lessened instead of fighting for themselves, and instead become property.

As Lise Grande, U.N. Resident Coordinator in India: "This study is significant because it holds up a mirror to the laws that overtly or covertly fail to address discrimination or promote it. (4)"