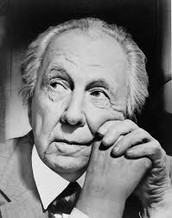 History of the Architect

Frank Lloyd Wright was born on June 8, 1867 in Richland Center, Wisconsin. As a child, he worked on his uncle's farm and was inspired to pursue architecture by the appearance of the rolling Wisconsin hills. He did not finish high school, and instead went to work for Allan Conover, the Dean of Wisconsin's Engineering Department.

Afterwards, he worked in Chicago for architect Joseph Lyman Silsbee and drafted his first building, The Unity Chapel (pictured below).

1 year later, Wright worked in the Adler and Sullivan firm- directly under Sullivan. He adapted Sullivan's maxim "Form follows function" to his own "Form and Function are One."

Eventually, Wright developed his own firm in Chicago and later in life, designed his own architecture school, Taliesin (pictured below).

Frank Lloyd Wright introduced the "Usonian Style" to American architecture. He used this to describe the development of the "New World" as a result of the Roaring Twenties. His pieces aimed to not only provide functionality, but also to incorporate the environmental surroundings into the homes. As a result of this structural incorporation, his works often mimicked nature, such as skyscrapers with branching floors and the Guggenheim- which looks similar to a snail.

He utilized: raw materials, mimicry of the horizontal plane, low pitched rooflines, uninterrupted windows- even those straddling partitions, and rarely painted the walls. 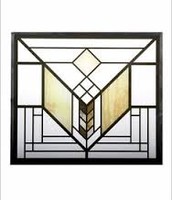 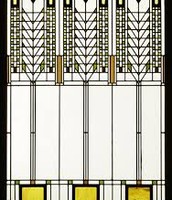 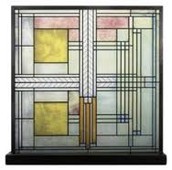 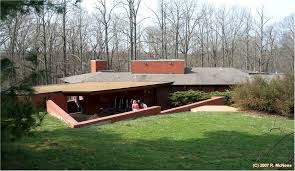