5 Things you need to know and can share with others.

5 Things you need to know and can share with others. 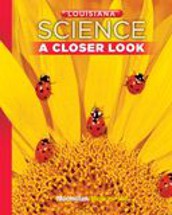 Our current science textbook does not completely align with the Louisiana Student Standards for Science. However, that doesn't mean it isn't a great source of information. Teachers and leaders can find ways the specific lessons that tie to each unit under 'Sample Resources and Activities' in the K-5 Caddo Science Scope and Sequence document. Below, you'll find how teachers can access their science textbook online.

School Request: Mr. Chris McCurry at Cherokee Park is in need of 2nd grade textbooks. If you have any extra 2nd grade books, please contact him. 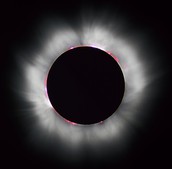 2. All About the Solar Eclipse

There will be a solar eclipse Monday, August 21. Eclipses are not a part of the K-5 disciplinary core ideas. However, students researching observing, documenting, and communicating the cyclical pattern of objects in the sky are a part of the practices and cross cutting concepts! I hope your students will have the opportunity to learn about and observe this amazing phenomena. Please make sure that your staff and students observe the eclipse outside safely, or they could watch it online. Learn more at http://www.caddoscience.com/eclipse.html.

4. All About the Louisiana Student Standards for Science ( LSSS)

The Louisiana Student Standards for Science are arranged by grade levels for kindergarten through grade 8 and content areas for high school. The standards include:

Learn about the structure of the new science standards and the instructional shifts.​​

Our Sun is the closest star to Earth! Our sun heats our planet and brings life to everything on Earth. The sun is a big ball of gas. Those gases are mostly hydrogen and helium, but the sun also contains small amounts of several other elements, including oxygen, carbon, nitrogen, magnesium and iron.

The core is the hottest part of the sun. In the core, the process of nuclear fusion creates temperatures of approximately 27,000,000°F (14,999,982°C). A temperature of 27 million degrees Fahrenheit is more than 12,000 times hotter than the hottest lava on Earth!

The image of the sun and video of the sun below could be used in many different ways across grade levels to enhance learning. That's what phenomena are all about!

Observe the solar flares in the video below. #phenomena

@krenaep
krpullen@caddoschools.org 3186036370 caddoscience.com/
Embed code is for website/blog and not email. To embed your newsletter in a Mass Notification System, click HERE to see how or reach out to support@smore.com
close
Powered by Smore
Powered by Smore