Causes of the Opium War

Because of how restricted foreign trade was in China, British merchants sought for alternative ways to make a profit. So, although it was illegal, the British introduced Opium to the Chinese in exchange for silver bullion. Opium trade continued for decades and even corrupted Chinese officials. The trade also created huge social and economic problems for China. Lin Zexu was sent by emperor Qianlong to stop the trade. Lin Zexu then destroyed some twenty-thousand chests of Opium. Lin Zexu's policy effectively ignited the Opium War.

The weak financial conditions of the Qing dynasty - From 1900 to 1911, government spending doubled, but income remained more or less unchanged. As a result, the Qing dynasty found it increasingly difficult to carry out long-term reform projects. For example, the system of law courts reaching down to the districts was not completed because of inade­quate money. The deep social and cultural conservatism of the people - Conservative opposition to the reform was most serious in matters like legal changes. When a modern law code was introduced by the Ch'mg government, Confucian scholars accused it of violat­ing Confucian family morality. Consequently, law codes had to be revised again and again before they could be used. 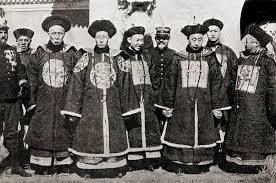 The Tokugawa bakufu, in its many attempts to maintain social order in Japan, ended up planting the seeds of its own demise. While policies such as restricting the daimyo, enforcing societal divisions, and pursuing national seclusion initially helped legitimize the Tokugawa regime, its inability to sustain such policies provided an opportunity for opposing forces to overcome positions of subordination. 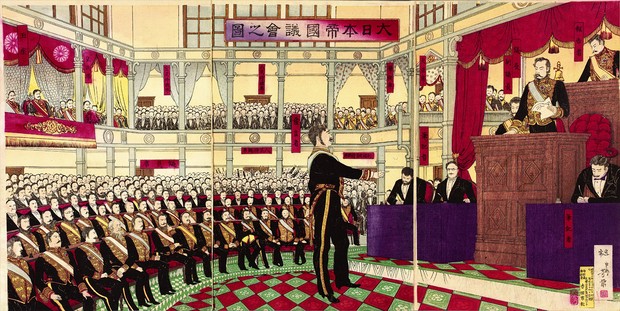 The Meiji Restoration returned authority to the Japanese empire and dislodged the military governments that had ruled Japan for so long. The Meiji Restoration's intent was also to 'westernize' Japan, and reforms included the creation of a coalition of daimyo, a new constitution and tax system, and steps towards industrialism. Pressures for a representative government led to the creation of The Diet. Economic reforms included removing tax and trade barriers. 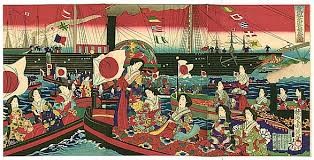