Hitler has started the Blitzkrieg and is know to be working with Stalin. Hitler is also known to have stated the phony war. He must be dealt with immediately. His rampant conquering of countries can not go unpunished. His growing empire is starting to threaten Europe and America. 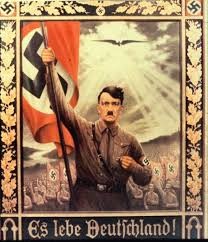 Not only has Hitler invaded France, He also broke the non-aggression pact with the Soviet Union. He just double crossed Russia! In addition to invading North Africa, he also had a hand in the bombing of Pearl Harbor. So, he isn't a very nice person. He needs to be brought in as soon as possible.

Follow Logan Palmer
Contact Logan Palmer
Embed code is for website/blog and not email. To embed your newsletter in a Mass Notification System, click HERE to see how or reach out to support@smore.com
close