emya is using Smore newsletters to spread the word online.

Get email updates from emya:

NO consumption of alcoholic beverages.

NO consumption of alcoholic beverages.

The temperance movement is a social movement against the consumption of alcoholic beverages.

it means that they banned drinking liquor .

who started this movement

the movement ranks where mostly filled by women who , with their children who had endured the effects of unbridled drinking by their men folks

why did this movement need to be reformed

men use to get drunk and beat their wife and children use to do unholy things and women , it started to get worse

what where changes made after the reform took place

The movement existed in a matrix of unrest and intellectual ferment in which such other social ills as slavery, neglect and ill-treatment of marginalized people, were addressed by liberals and conservatives alike. Sometimes called the First Reform Era, running through the 1830s and '40s, it was a period of inclusive humanitarian reform.

the American Society for the Promotion of Temperance (1826) was interdenominational. Thanks largely to the lead from the pulpit, some 6,000 local temperance groups in many states were up and running by the 1830s.

The first statewide success for the temperance movement was in Maine, which passed a law on June 2, 1851, which served as model for other states.

Proponents suggested that it was motivated by a justified concern for the public welfare, but not all agreed. An anonymous letter which appeared in the United States Magazine and Democratic 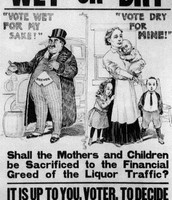 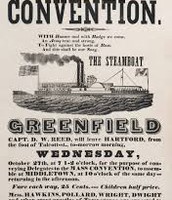 emya is using Smore newsletters to spread the word online.