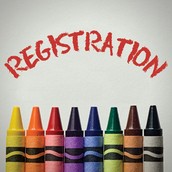 The online registration system for 2016-17 did not open today as planned. We hope to have it open by Wednesday, 5/18. We will notify parents via email as soon as the system is open. We apologize for the delay.

On May 11th, we held our Eagle Breakfast. Junior High students were chosen by the Oak Grove staff and recognized for displaying fine examples of character. Our guest speaker was Fred Schweiger. He is a veteran and several of his grandchildren attend Oak Grove. 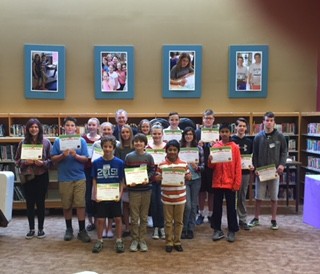 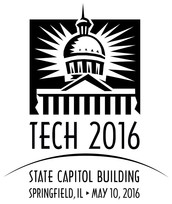 Oak Grove School was able to send five people down to the capitol building this past Tuesday, May 10th in Springfield, Illinois to present at the Tech 2016 Conference. The purpose of TECH 2016 is to raise awareness of the critical role technology plays in preparing students to succeed in today’s world, and to show the need for increased funding for classroom technology. Students presented for lawmakers and the public the creative ways technology is being used to enhance and accelerate student achievement in Illinois schools today.

Oak Grove 5th Grade Talented and Gifted (TAG) student representatives Paige Regan and Kaj Sorensen, as well as their 5th Grade TAG teacher, Maria Luce were able to present a student created video titled Ripples: Kids Who Made a Difference. Accompanying the group was Oak Grove Technology Coach John Mehnert, who acted as the technology advisor throughout the project. They showcased their long-term research project on young people who made a difference in the world. The project resulted in a 25 minute video created by the students that explained why and how the young people they researched were able to positively impact the lives of many others, as well as the lasting effects of their actions.

In addition to Regan and Sorensen, five other students in the 5th Grade TAG class also contributed equally in the creation of the video. The five students included Allison Chung, Lizzy Fu, Nicholas Ingino, Nolan Johnson, and Nate Merlo. The project was the inspiration of their 5th Grade TAG teacher, Maria Luce, who wanted the students to learn about leaving their own positive legacy. The group has already held a private red-carpet screening for their parents, school administrators, and members of the Oak Grove Board of Education.

While at the conference in Springfield, the group was able to meet and speak with Governor Bruce Rauner, State Senators Dan McConchie and John Sullivan, as well as State Representative Carol Sente. The group also won a Chromebook at a raffle that kicked off the conference. The 5th Grade TAG students will be raffling off the Chromebook to this year's 8th Graders with funds going to Oak Grove's Student Council's Make a Wish fundraiser. 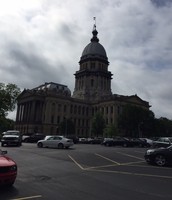 Our students continue to excel in mathematics and these two competitions are great examples of their accomplishments.

Students in grades 5 through 8 recently had the opportunity to compete in a math competition called The Purple Comet! Math Meet is a​n​ online, international, team mathematics competition designed for middle and high school students conducted annually since 2003. Oak Grove has signed up as a small middle school and competed against other teams from small middle schools.The contest was conducted via Internet web form. Middle school teams were given 60 minutes to work on 20 mathematics problems. Contestants were allowed to work on the contest problems as a team.

Students in grades 4 and 5 were able to sign up for this paper/pencil assessment to test their math abilities as well. These well-written questions cover a variety of difficulty ranges and involve topics of interest to math students. The goal is to encourage students to enjoy a challenge and to learn from it and to find problem-solving discussions stimulating. 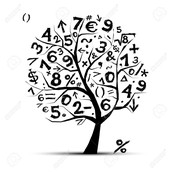 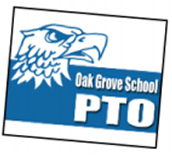 Wednesday - NO LUNCH (with the exception of 3rd grade, who will have Culvers makeup lunch from 5/19)

Don't forget to order your school supplies for next year. See the Virtual Backpack for prices and details.

Don’t Forget! – The K-1st Social event is on Friday, May 20th, from 12:45 – 3:00. Please contact Kristin Golumbeck at kristingolumbeck@yahoo.com with any questions.

From the School Nurses

Now that the warmer weather is upon us, ticks tend to be more active between April-September. Avoid direct contact with ticks when possible by avoiding wooded and bushy areas with high grass and leaf litter. It is important to remove ticks from your body as soon as possible. After coming indoors, check under the arms, in and around the ears, belly button, behind the knees, legs, waist and hair. Ticks attach to objects so carefully examine pets, coats, and backpacks. If you find a tick attached to your child's skin, don't panic. Tick removal can be found on the here.

Volunteering is as easy as donating! On June 2, the sixth grade is looking for donations for our last lunch together! If you are able to donate any of these items on the list, please contact Jenny Onsager at jennyonsager@comcast.net. 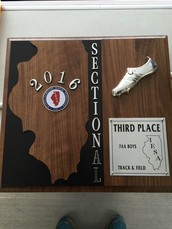 Congratulations to all of the athletes who participated in the track and field sectional meet on Saturday in Grayslake. We had several athletes score points for finishing in the top 6, and 8 athletes are going to the State meet this weekend.

Christian Roberts finished in 2nd place in the 7B 100 M dash.

Christian Roberts, a 6th grader finished in first place for the 110 M hurdles with a time of 17.15 seconds which qualifies him for the state meet!

The 7th grade boys 4 by 100 meter relay finished 1st with a time of 54.18, qualifying for the state meet. The relay runners were Kyle Tayfel, Andrew Brooks, Christian Roberts, and Sam Kallas.

The 7th grade girls 4 by 200 meter relay team finished 1st with a time of 1:59, qualifying for the state meet. The relay runners were Lyann Tam, Jane Arnold, Claire Arnold, and Faith Roberts.

Congratulations, Eagles, and good luck at the state meet this weekend! 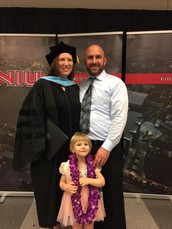 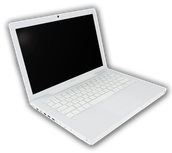 The prices are as follows:

The minimum specs for each device are as follows:

There will be a limit of one iPad, one iMac, and one MacBook total per family. If you are interested in purchasing one, please fill out the form here. Responses will be taken until June 2, 2016.

We will contact you in mid to late July to let you know if you are receiving a computer and how to pick it up.