John Tyler was born March 29, 1790 in Charles City County, Virginia. His dad was John Tyler Sr, who was a Virginian politician, as well as a planter. His mother's name was Mary. He attended the College of William and Mary in Williamsburg, Virginia then studied law under many private tutors. He was married to Letitia Christian and they had eight children together. He died on January 18, 1862, in Richmond.

Career before his Presidency:

He was also elected to Congress as a Democratic-Republican.

He delivered the eulogy for President Thomas Jefferson.

John Tyler was Vice President to William Henry Harrison. When Harrison died a month after his inauguration, Tyler was sworn into office as the new President of the United States. He did not get along with the Whigs, who had tried but failed to impeach him out of office. He had opposed the bill proposing to build a new national bank. He signed the Pre-Emption Act and ended the Seminole War in Florida. He also established the Webster-Ashburton Treaty which settled disputes between the US and British colonies borders. He also annexed the state of Texas and made Florida the 27th state of the United States before he left office.

He moved back home to raise his children. He also tried to preserve the Union by assembling a peace conference, but it did not go well. He was also elected to the Confederate House of Representatives but sadly died before he could take his seat.

3 Major Achievements during his Presidency:

--- He declared Florida as the 27th state of the US

--- He signed the Treaty of Wanghia with China, giving America access to Asian ports which promoted trade greatly, promoting our economy

--- Whigs attempted to impeach him from office

Popularity, during and after Presidency:

“Tippecanoe and Tyler too” 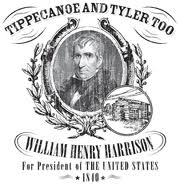 Members of his Cabinet:

Could he be President today?

I do not believe so. He was not very liked or impressionable when he was President and I don't believe he would be any different today. He did not get along with his Cabinet members, he did not make any great achievements during his time in office, and he also did not have a party. I do not think he would be elected to be Today's President. 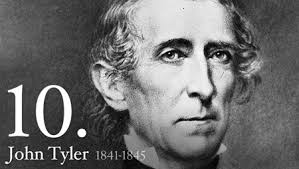 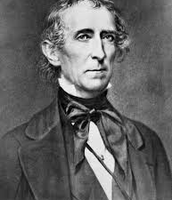 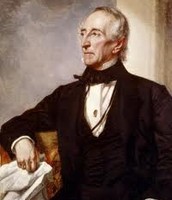