Who Wants to Be President

Who Wants to Be President

The position for president of the united states is open. Many will want to take the position but do they realize the responsibility it takes. First the President has Many roles:

Party Leader: In this role the president helps fellow party members get elected or appointed to political offices. He/she does this by campaigning and raising funds for party members

Ex: Choosing members to serve in the cabinet

Commander in Chief: The president is in control of all of the U.S. military forces. This means that all commanders report the president concerning military issues.

Chief Executive: He is the leader of the executive branch and holds the power to veto and make laws.

Ex: Appointing the head of the CIA

Chief of State: Handles relations oversees with other presidents or diplomats.

Ex: Meeting with a prime minister.

Chief Diplomat: Interacting with leaders at other coutries

Ex: Talk to a prime minister

Perks of Being the Man 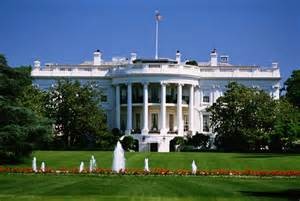 1.) Effective and resolute decision making from all levels of his administration.
This is important because it show the president is a strong leader

2.) Encourage dynamic conflict resolution. This is important because people following the president feel better about one who can decide for himself.

3.) The ability to facilitate high stakes, open meetings where the best information is shared, political groupthink is stopped in its tracks and moving forward means making a difference in actions and deeds. This is needed for the people so they can see what is going on inside of the government.

4.)Be able to communicate a clear and inspiring vision to his administration and the country If a president has a clear vision then it makes it easier for those below him to make it come true.

5.) The aptitude to handle and manage the affects of constant, complexchange and innovation. Change is needed in any form of success.

Major Issue: Jobs
Since the stock market trash in 2012 the unemployment rate has been at a low.
http://economyincrisis.org/content/major-problems-facing-our-country-today

The fix:
In order to fix this issue as president i would use my executive power to propose a law. This law would give tax breaks on small companies in order to hire more workers.