Get email updates from Abbie:

About 4chapters into the book the unknown lady began experimenting with drugs much worse than just weed. She went through times of doing prostitution, and being homeless. The girls family was so worried about there daughter and curious why she was doing what she was doing every now and then she would send her family a post card just to let her know she was alive.

The unknown character comes across a priest and then is sent to insane asylum. She returns home after her treatment free of drugs. She had a very very rough go but she tried to manage. At the end of the book her family leaves to go to the movies and they came home and the unknown character was lying there dead. The reason behind her being dead is still unknown whether it was accidental or premeditated over dose. 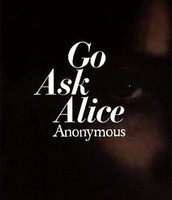