How Did The Titanic Sink

How Did The Titanic Sink

How Did It Flood

one theory is the ice berg hit the bottom side of the Titanic and made a medium size hole and flooded the ship floor by floor and then it broke in half.

Why Did The Captain Go Down With His Ship

I think he went down with his ship because some. Captain go down with there ship some times. 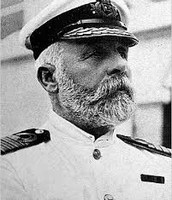 he was a good captain but some people think he caused the sinking of the titanic but in my video says what i think.

one theory is that the titanic knocked the iceberg underwater into the deep deep ocean then fell and broke.

The titanic sunk floor by floor till i craked in half and then went down.

Titanic Breaking In Half

If you were on this boat and you were in the middle this would happen to you.

Titanic.means huge has how big it is.

Olympic. the titanic had a Olympic floor four like swimming.

Unimaginable Damage on an Unsinkable Ship