Mayes is using Smore newsletters to spread the word online.

Get email updates from Mayes:

Boom! Crunch! What a big hit there on Joe Montana as he is out of the Probowl after he passed it to Rob Gronkowski for 50 yard TD. Wait, no, there is Joe. The crowd is cheering louder than they have ever been in 20 years. When Michael Irvin was on the run he pittched the football back to Walter Payton and Walter goes for an 80 yard TD. That is the best play in 5 years people have ever seen.

Ring there is 40 sec left in the fourth Quater and they decide to go for a two point conversion. And then for a rerverse and they pass it to Michael Irvin. He gives it to Walter and then fakes a run to big Rob. Rob gives it to Joe and Joe is runing as Fast as he can, he jumps over Deion Sanders and the ball is in the 2pts and its good. The crowd roars and lights up the stadium. 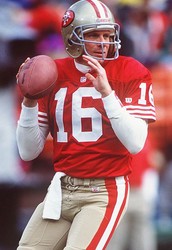 Born June 11,1956 he was in the hall of fame in Sanfransico and Kansas city top 10 QB’s.Joe Montana was a gigantic guy for a 49ers QB and he had lighting speed His soft hands changed the football each time he launched the ball. When joe was down any touchdowns he would b

e the comeback king he could be down 20pts and they could when the game by 2 touchdowns.In all of Joes career he had 139 int and out of all QB’s he had 40,551 yards out of all of his years as a 49er. When it came to when he would get blitz he would be one of the best scramblers in NFL history.When it came to be a starting

QB when he was on the run he would run over people he be fast and he would have the best wheels on the team .When all the rookies came into the draft he would be starting and he would still be faster than all of the other younger guys out of big collages.

Michael Irvin is 6’2 and he played as number 88 as starting WR for the Dallas Cowboys And what was the best part about it was he was a big guy and he would be a really big guy.Michael ivrin joined the Dallas in 1998 as a Starting WR and all the catchs he made every one named him as Golden hands.In 1991 Michael retired and recorded 1000 yards and a 1000 yards for a few years is pretty good.As a child Michael had to be reasenoble for what he asked for because he had 17 silblings and was was really lucky threw what he went threw whith his family he got to go to Collage.Michael’s whole name is Michael Jerome Irvin and his name is common in The Nfl.

Walter payton is sweatness and signed to Chicago bears in 1975 as starting RB. He was singed into the NFL A long time ago.He died in 1999 and he was born in Columbia Mississippi And i never new he died so young .He had 13 seasons with the Chicago bears and he had 21803 yds and 13 seasons as a RB is a lot. Walter was in the RB hall of fame with a lot of people and that is cool he was in a RB hall of fame. Walter can press more than 700 pounds kick a feild goal 45 and punt 70 and was cool is he was an all around altheth

. Out of his whole career he had 411 tds and 77 games and a lot of tds for not that many seasons 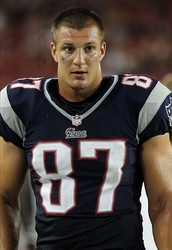 This season he had 12 TD’s and averged 13 yds per catch if he didnt get a touchdown. Rob Gronkowski is 6’6 and weight 265 pounds and age 25 and he is really young. He was drafted in 2nd round as the 42 pick in 2010 to the NE he was picked kind of late he was proubly nervous .He has played in the NFL for 5 years and as a young TE thats a long time.Rob had Two older brothers and born in Bufflo And he was the youngest brother. And as a TE you have to have really good hands to play as a starter in the Nfl.

I recommend this article to sports lovers because you can learn about old school football. There is something you can learn about in every paragraph.The people in this article are some of the best athletes who ever played the game of football. If you can work and give 110% you can make it there and be one of these guys and thats why I chose to tell you about these famous football players.If you liked this think if you where one of the legends and a kid was writing about you.

Mayes is using Smore newsletters to spread the word online.