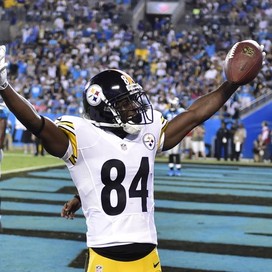 Growing up, Malala looked forward to the Eid holidays, a biannual celebration of Abraham’s sacrifice to God—the founding event of monotheism. Malala and her family would walk many miles to Barkana, a neighboring village, and Malala savored the sights of trees and animals while she walked. Occasionally, she would see a plane or helicopter flying high above the ground. Malala believes that it was her father who gave her a love for nature. Whenever Malala visited Barkana, she was surprised to find that her cousins and relatives who lived in Barkana found her snobbish and overly sophisticated. Malala read books and believed in women’s rights—two qualities that struck her extended family as pretentious.

From an early age, Malala is conscious of being different from the people around her. Unlike the vast majority of her relatives, she reads books and celebrates women’s rights to education and equality. At the same time, Malala feels an unshakeable sense of connection to her community—both to the people who don’t like her at all, and to the land itself. These early chapters of Malala’s life have an almost mythical tone to them—she seems like a child of the valley, tied to her people by an almost supernatural bond.

Malala notes that while she’s proud to be a Pashtun, Pashtun culture “has a lot to answer for” when it comes to the treatment of women. Growing up, she couldn’t help but notice that women were often beaten by their husbands, or even kidnapped. There is a Pashtun custom called swara, whereby two groups can settle a feud by exchanging women. Malala complained about swara to her father, who agreed with her that the custom was barbaric, but added that women were better off in Pakistan than in Afghanistan. Malala, encouraged by her father, read European books like Anna and Pride and Prejudice.

Malala has faced the people of her country for her rights and beliefs of letting women have an education.

“I don’t want to be thought of as the ‘girl who was shot by the Taliban’ but the ‘girl who fought for education. This is the cause to which I want to devote my life.” Page 309

"Let us pick up our books and our pens," I said. "They are our most powerful weapons. One child, one teacher, one book and one pen can change the world." Page 310

“She explained that the bullet had entered through the side of my left eye where there was a scar, traveled eighteen inches down to my left shoulder and stopped there. It could have taken out my eye or gone into my brain. It was a miracle I was alive.” page 282

This quote shows how brave she was in the middle of standing up for her beliefs and her rights.

I would rate it 3/5. It had an interesting story line. It was about a girl who fought for education and all, but it wasn't as exciting for action-packed as you would think. I would recommend this book, unless you don't like boring books. It wasn't exactly boring, but it wasn't action either.

The story of Malala Yousafzai

I used the above link to find some quotes easily.

I used the above link for not that much, but I did use it.