Laurie is using Smore newsletters to spread the word online.

Get email updates from Laurie:

From time to time, I will send out an update as a way to keep in touch in between our in-person meetings. When I first started working on this newsletter, the world was a much different place than it is today. Most of the news I planned to share is now obsolete as events have been canceled or postponed.

I know we've forwarded emails to you that were written specifically to our Hood community, but I wanted to reach out to you personally. First and foremost, I hope you and your families are healthy and safe and making the best of your extended "togetherness." Given the emptiness of campus without students, I am glad to see my neighbors enjoying the stunning beauty of the campus in spring. Although all instruction is now remote and the College is “closed,” we do still have some students and staff living and working on campus so abiding by social distancing guidelines and keeping dogs leashed are much appreciated.

Despite the profound disruption the pandemic has caused, the College still moves forward. Below are some things that might be of interest to you. And if you know someone who might benefit from these communications, please forward their email address to ward@hood.edu.

I announced to the Class of 2020 from the very onset of the COVID crisis that we will have a commencement ceremony for them. While some schools are holding virtual ceremonies, that was never an option for Hood. Our traditions and close-knit community could not translate to a virtual ceremony. I heard from many students that some of the disappointment and sadness over the loss of their last semester was mitigated by this promise. Earlier this week, we made the decision that May 16 would not be viable option, given the trajectory of the virus. We are polling our graduates now and will announce later this month via social media when we will hold the ceremony. Their options were October 2020, January 2021 or May 2021.

When we made the decision to go to online instruction, the students were on spring break. Under the current Governor’s stay-at-home order, we are unable to implement a move-out plan. When we are able to, we will limit the number of family members to campus and follow all safety protocols.

As aforementioned, we currently have about 10 students living on campus for the remainder of the semester. These students are picking up meals from the dining hall, and we are reaching out to them to ease with the isolation. If you see them on campus, please do say hello as this has been especially hard for them.

Hood’s nursing, biology and chemistry departments have donated six bins of personal protective equipment (PPE) to Frederick Health in response to the equipment shortage, including safety goggles, N95 masks, gowns and gloves. The student Nursing Club donated snacks and other food to the on-duty medical staff at Frederick Health. We also donated pocket-sized hand sanitizers to Frederick Health from our marketing give-a-way items.

In addition, the College has made space available for hospital staff to stay so they don’t have to go home and risk spreading infection to their families. Finally, with our partner Georgetown Hill, we hope to provide emergency day care for staff children. We also have established an emergency relief fund for our own students, as we know their ability to continue their education is being challenged by the impact of the pandemic. If there are other ways we might help relief efforts in the community, do let us know.

We are disappointed that we are unable to welcome everyone to campus this year for our annual Easter Egg hunt, but our number one goal is to keep everyone safe and healthy. While our Easter Egg hunt will not continue in the traditional sense, we want to keep the Easter Spirit and tradition alive! Please join us in our first ever Easter Egg Scavenger Hunt!

The entry with the most likes for each age group wins an Easter-themed gift basket with Hood gear. Community age groups:

The Beneficial-Hodson Library is hosting a special online book club to help our greater Hood community remain connected as we practice social distancing.

Jane Austen's Emma was selected based upon mass availability, free access, and timeliness in coinciding with the new film adaptation’s release in theaters and subsequently on streaming platforms.

Please review our guide to the book for group resources: obtaining a digital copy of the book, discussion questions, a resource list of adaptations, and further reading. To help readers balance participating in the book club with life at home, the book discussions will break the book down into parts. Each Friday at 2 p.m. for the next five weeks, the Library will host online Zoom meetings discussing the week’s assigned sections. A complete schedule, as well as information for accessing the meetings, can be found on our guide.

Book club virtual meetings will be held Fridays at 2 PM. 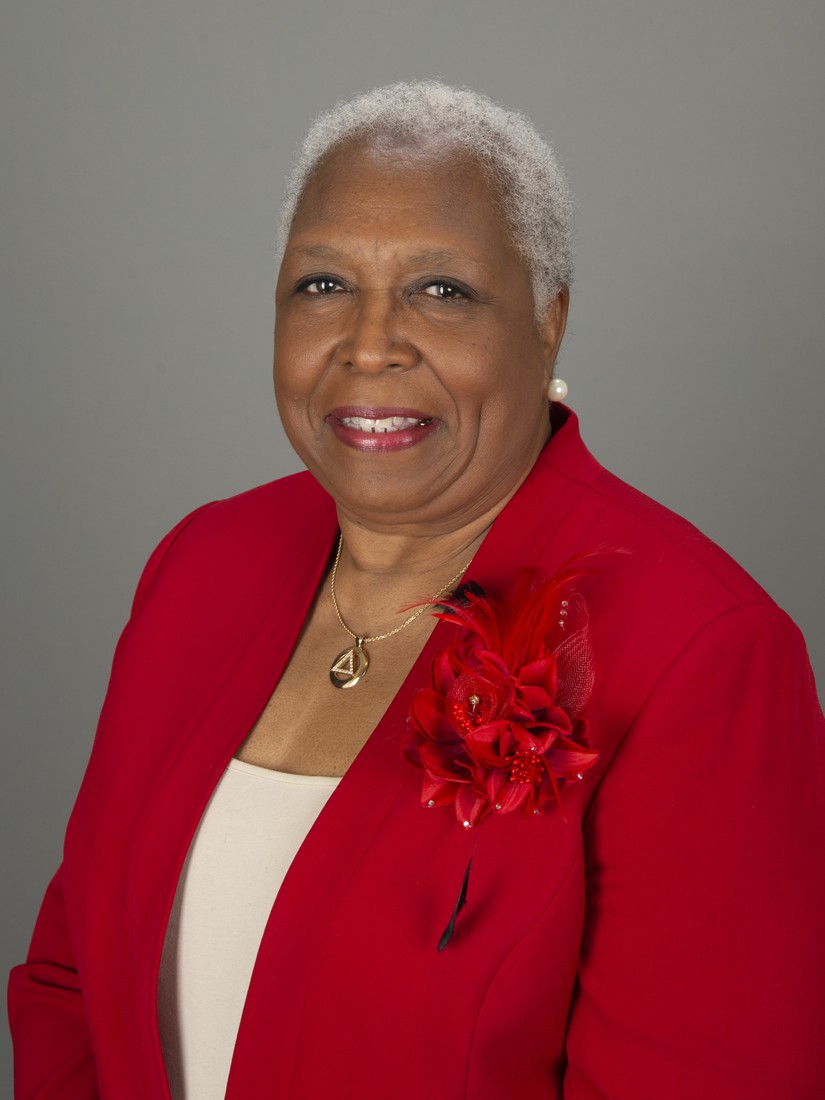 I announced earlier this year that Olivia G. White, Ph.D., vice president for student life and dean of students, will retire at the end of this calendar year after more than 27 years at Hood and more than 40 years in higher education administration.

Olivia has served our students, faculty and staff with her leadership, sense of humor and warmth and will be greatly missed. She has been a pillar of the Hood community for nearly 30 years. It is hard to express the impact she has had on countless members of our community or to imagine Hood without Olivia White. I am delighted that she will serve as our commencement speaker.

For now, construction is deemed as essential under the Governor’s new stay-at-home order. Foremen are monitoring the workers for any symptoms or possible exposure and taking all necessary precautions to keep the crews and our community safe.

Both projects are still on schedule. The new residence hall will be ready for the fall semester and the library and learning commons is scheduled to reopen in November 2020.

New Members to the Board of Trustees

Whitenight graduated from Hood in 1968. She joined the Board of Associates in 2018, the same year she received the Excellence in Service to Hood College Award. She has been an active alumna as a class agent, reunion class chair, Pergola Society member and volunteer docent at the Hood History Museum.

I recently joined several leadership opportunities in the education and Maryland communities.

Laurie is using Smore newsletters to spread the word online.

Follow Laurie Ward
Contact Laurie Ward
Embed code is for website/blog and not email. To embed your newsletter in a Mass Notification System, click HERE to see how or reach out to support@smore.com
close