Equality for the Exceptional Student

Equality for the Exceptional Student 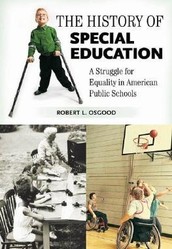 An interview with authors Donna Gollnick and Philip Chinn gave us an insight to the cases that helped the exceptional student have an opportunity to equal education. Gollnick and Chinn stated that case law was used to win the battles in the court. What is case law? Gollnick and Chinn define case law as "the published opinions of judges, which interpret statutes, regulations, and constitutional provisions". These battles are the stepping stones for students with disabilities to be included in public schools with normal developing peers.

Brown versus Board of Education

Donna Gollnick and Philip Chin have spoke on the Brown versus Board of Education as the initial case that was used to present to the courts about equal education for students with disabilities. This case was focused on equality in education for African American students who were not allowed to enroll into an "all white" school. The U.S. Supreme Court found that "separate but equal" education was unequal and for the Topeka Board of Education to fully integrate education.

PARC versus The Commonwealth of Pennsylvania

Mills versus Board of Education

After the PARC decision was made, the Mills versus Board of Education was brought to the Federal District Court of Columbia on behalf of 18,000 out-of-school children with behavior problems. During these proceedings Mills argued that students with disabilities were not being given adequate resources that would support students with specific disabilities. The District Court of Columbia ruled that the schools provide due process safeguards, establish labeling, placement, and exclusion, and procedural safeguards to include the right to appeal, right to access records, and written notice of all stages of the process.

During this proceedings and the decisions made by the PARC versus the Commonwealth of Pennsylvania, several other states were filing similar complaints to ensure that all students, regardless of their disability, were receiving equal and integrated education. Several of these cases were being supported by the National Association for Retarded Children (NARC).

Legislation for the Exceptional Student

After important cases were won in favor of the students with disabilities, several legislations were created:

1. Section 504 of Public Law 93-112 which became part of the Vocational Rehabilitation Act of 1973. Section 504 "prohibits exclusion from programs solely on the basis of an individual's disability".

2. Public Law 94-142, the Education for All Handicapped Children Act of 1975 was signed into law for individuals from ages 3 to 21 to have free and appropriate education; procedural safeguards to protect students rights; education in the least restrictive environment; individualized educational programs (IEPs); parental involvement in educational decisions; and fair, accurate, and nonbiased evaluations.

3. Americans with Disabilities Act of 1990, was signed into Public Law 101-336 by President Georg H.W. Bush. This law prevented discrimination in the work place for individuals with disabilities, and all public areas were required to install ramps or have accessible areas to accommodate those with physical disabilities.

4. Individuals with Disabilities Education Act (IDEA) of 1990 was an amendment to Public Law k94-142. This amendment was able to have autism or traumatic brain injury to be a separate class of services. The amendments allowed parents to be more involved in their child's education and set funding formulas to provide resources into public schools.

Students with disabilities would not have been successful in winning their court victories if it was not for the support of NARC. They would have continued to be segregated from their normal developing peers, if their families did not support their right to receive free and accommodating education. All the battles won in these cases were the reason that many students with disabilitis in today's classrooms are able to be given the opportunity to test their limits and allow others to learn more about them. The integration of the exceptional students in to the general education classroom has help to improve the learning abilities and social skills of students from this group.