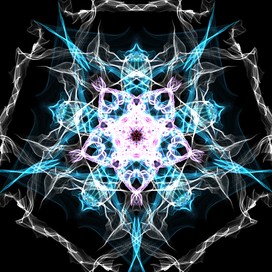 Welcome to the Wastelands

of a Hostile, mysterious, unforgiving future

Welcome to the Wastelands

of a Hostile, mysterious, unforgiving future 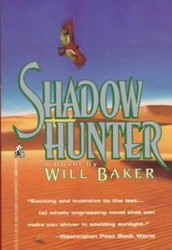 Shadow Hunter by Will Baker

Ronald Drager goes out with his father, Frank Drager, on a hunting expedition in the wilderness. They rappel down a canyon wall inside their Choctaw all-terrain cruiser in search of rare wild animals. As the night approached, the Dragers began to make their way home, but then they disappeared...

Frank is found and put into a hospital, but Ronald is nowhere to be found. Or at least, nowhere to be found by humans. After running very far through the canyon, Ronald is caught by a race of humans degenerated from radiation called Homo lapsis, the Ginks. They accept Ronald into their society in the dark caves and on the radioactive desert of the Wastelands.

Meanwhile, while searching for Ronald, the ruling government is organizing a military campaign against the Ginks and all of wildlife under the belief that the incident was caused by the Ginks.

About the World of Shadow Hunter

Most of Shadow Hunter takes place in the Wastelands, which were created in the southern portion of the world after a terrible war, a nuclear war, of sometime in the future. Much of civilization is in the north, where there are metropolises like where Ronald would have lived in before being absorbed into the enigmatic society of Ginks. In world history as of 2015, there is no wastelands from nuclear war, nor devolved humans dwelling in the caves and canyons. There also is no Federation as the government, which there is in the civilized part of the Shadow Hunter world as a global society control mechanism.

The story has a negative mood. There is a thriving utopian society, but it is only a mask, as there is the Wastelands, which no one seems to care about except those that live there, namely the Ginks, who are, mostly through propaganda, primitive savages who would kill and eat people on sight. Although this is partially true, the government shouldn't need to say that they are bad if they really are. The Ginks are actually calm and peaceful, but they are forced to be the savages they are imagined to always be because they have to be. The Wastelands, as the name suggests, is a barren, forsaken place with not much life, and living there requires skill, which the Ginks have, although that doesn't mean it's not difficult. They have to hide in the caves and canyons to not only stay out of the sight of people, but also because of the radioactivity from years and years before. After Ronald's disappearance, the mood becomes even more worrisome, because Ronald is away from his home, and later on, the Federation plans for the reclaiming of the Wastelands and extermination of the Ginks. However, they won't find that so easy, for the Ginks have wildlife on their side from tiger bees to Mata the Bear.

Ronald is torn. He wants to be with his family, but at the same time, he is part of the Gink society, which perhaps is not such a wretched place to live in...