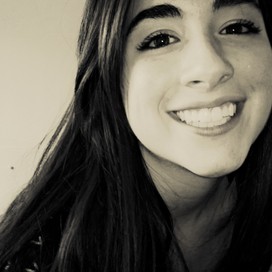 Scarlett is using Smore newsletters to spread the word online.

Get email updates from Scarlett:

Slaughterhouse Five, by Kurt Vonnegut, is set in a time period from World War II all the way to the late 1960's, while taking place in Dresden Germany, the Planet Tralfamadore, and Billy's own home in America. Chapter 1, in particular, is Vonnegut writing directly to the reader and explaining his reasons for writing the book, his arguments, and a vivid description of his accounts from his days as an American G.I. in Europe. Throughout the chapter Vonnegut voices his personal anecdotes, bluntly and humorously, concerning the war, such as his ride back from Dresden with the other POWs, and he includes several reasons as to why he wrote the book. For example, O'Hare's wife in New York wanted him to show war for what it was and not how Hollywood portrayed it. This chapter also allows Vonnegut to provide a prelude to most of the major motifs that reoccur in the novel such as, "So it goes", "And so on", and "Mustard gas and roses". Not to mention, Vonnegut discusses his reasons for many of his personal accounts, creating a historical background for the novel which is a key factor in Post-Modernism.

In chapter one of Slaughterhouse Five, Kurt Vonnegut somberly and contemplatively relives his experiences during World War II and specifically his survival during the overlooked bombing of Dresden. Vonnegut expresses his feelings of alienation and detachment through the words he implements and the utilization of simple syntax along with polysyndeton. In the beginning of chapter one, Vonnegut aims to convince the audience that the events he begins to explain truly occurred when he says, "One guy I knew really was shot in Dresden for taking a teapot that wasn't his. Another guy I knew really did threaten to have his personal enemies killed by hired gunmen after the war," (1). It almost seems as if Vonnegut has to convince himself that the atrocities he witnessed were not simply nightmares but actual experiences. Vonnegut also readily uses simple syntax to emphasize the severity and shortness of death. “So he was hoisted into the air and the floor of the car went down, dropped out from under him, and the top of the car squashed him. So it goes,” (9). Through these simple short sentences, Vonnegut allows the audience to understand his own acquired numbness to death and destruction. Along with simple structured syntax, Vonnegut also uses polysyndeton to emit that sense of exhaustion with the cyclic nature of war. “ ‘…and you’ll be played in the movies by Frank Sinatra and John Wayne or some of those other glamorous, war loving, dirty old men. And war will look just wonderful, do we’ll have a lot more of them. And they’ll be fought by babies like the babies upstairs,’” (14). Through the polysyndeton structure, Vonnegut expresses how he has become too well accustomed with the war and its continual and predictable outcomes.

Chapter one clearly outlines upcoming events and major recurring instances in the novel without hiding the predictions within extensive paragraphs, requiring thorough investigation and analysis, but rather Vonnegut chooses to apply a straightforward, suggestively blunt approach when addressing the progression of the novel's plot. Vonnegut does not withdraw clues nor show reservation when maneuvering through his memories in order to clarify the purpose for writing the novel. Though acknowledging the prominent presence of war in the storyline, Vonnegut has a deeper meaning and purpose than that of a generic anti-war book: loss of innocence is a violation to life which can disrupt the future and ultimately destroy the beauty of an individual. Vonnegut carries his arguement by frequently visitng times that either trigger other memories or carry him to interrupted, detatched thoughts. His memories from before and during the war lead the reader to the assumption that the main character's involvement in the war has scarred his innocence which distrauts his sense of truth. Billy further pursues to relive the Dresden bombings by consulting with former war veterans and friends only to come to the realization that the bombings are classified. Also, the bombings serve to represent the instance of major change within Billy by toppling his foundations of innocence. Billy's proposed book title, The Children's Crusade, mirrors historical occurrences of knights and child abduction turned slavery to fighting war and serving in the military despite his age and innocence. Chapter one provides momentary glimpses to Vonnegut's arguement through the relentless memories that plague Billy by looming as consistent reminders from the past that continue to alter his present and future.

In chapter one of Slaughterhouse Five, Vonnegut introduces several distinguishing motifs that are used throughout the text. Such motifs include “So it goes” and “Poo- tee- weet”. “So it goes” is often used after someone dies, describing that time goes on and the world still turns even though tragedy and setbacks occur and sever the delicate thread of life. It is often following a successful and meaningful event in Billy’s life that is altered significantly by a tragedy he experiences. I predict that this motif will be used when everyone is killed during the bombing of Dresden. “Poo-tee-weet” is often used when describing, as in the case of the birds, the catastrophic events as merely insignificant, applying to the concept of “So it goes”. I predict that this motif will be used at the end of the book, because Vonnegut said it would, and it will be used after the bombing of Dresden because of context clues Vonnegut gives us in chapter one.

Scarlett is using Smore newsletters to spread the word online.

Follow Scarlett Harris
Contact Scarlett Harris
Embed code is for website/blog and not email. To embed your newsletter in a Mass Notification System, click HERE to see how or reach out to support@smore.com
close