Terror At The Zoo

Terror At The Zoo 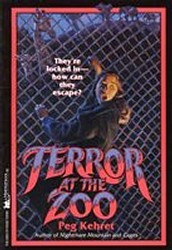 Ellen-She is the protagonist in the story. She never gets along with her little brother Corey. She always thinks she is right and she likes to play with her dog. She loves her family, but she disobeys the rules that her parents tell her.

Tony- He is the antagonist in the story. He used to be in prison but he escaped. He is a very smart person and is smart with what he does but he is a thief. He lives in the zoo because he thinks cops never go in the zoo at night so he sleeps their every night.

Corey- He is the minor character in the story. He is Ellen's little brother. He has a huge imagination his parents think he is going to right stories when he is older. He plays a role in the story by kind of looking out for his older sister and he makes smart decisions that might of saved their lives at the zoo 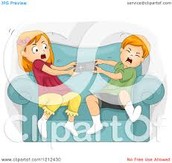 Ellen v.s Corey- Ellen's little brother Corey always fight with her. Corey always thinks he is right and Ellen always thinks she is right. So in the story they have a hard time making decisions. One decision they argue over is if they should wait for thier mom and dad to get home to go to the zoo or if they should call a taxi and have them take them their and leave a note at home, saying we are at the zoo. In conclusion Ellen and Corey have a hard time getting along.

Ellen and Corey get a birthday present to go to a zoo. They end up going alone because their parents flight back home got delayed. Once they get there they find out their is a person that escaped prison locked in with them for the night. The criminal is in the zoo to try to kidnap a monkey but Ellen uses her skills she was working on in science called animal communication. They use that to find there way back out and become safe.