Badminton started in China when they invented this game in 5th century BC called "Ti jian zi" which means "Kicking the shuttle". Its like dribbling a soccer ball in the air but on this one you use a birdie. How you play this game is you have to keep the birdie in the air without using your hands so it doesn't hit the ground. Even though it kind of doesn't relate to badminton but it was the first game that used a shuttle. Centuries later other people from different countries like Greece, Japan, India and of course china started to play this game but instead they started to use battledore(a paddle) to hit the birdie back and forth. In the 15th century the game started to become popular and more and more people from Europe, England started playing it and some of the names of the game were changed to "Poona", or "Jeu De volant". In 1870's were the time when they started adding the nets to the game to make it more fun. In 1877 is when the British finally called the game "The badminton game" and they also started to make rules for it. Since then more people started playing it and it became popular all over the country. 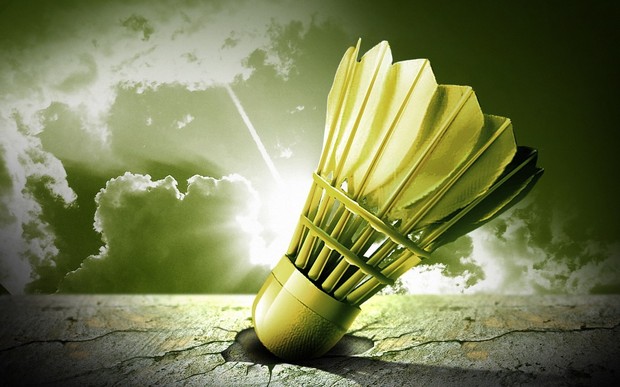 The clear shot is when you get the birdie in the middle of your racket so that it gets high enough to hit the back side of your competitions back court. This is mostly used when you need to return to your position before the other opponent passes the birdie back to you.

This shot is a pretty basic flat shot that hits over the net. This happens when your racket and your head both are facing forward and your're in the kitchen on your side. If you hit this shot at the person your versing in your kitchen they will have a hard time coming forward and try to hit back to you.

This is used when the birdie is half way on your court. To play this "the player must hit the shuttle cock downwards towards the opponent's fore-court, aiming for it to go just over the net." The player would want to make this like a drive but this time they would have to use more force into it. It is also a good shot to use when the other player on the other side of the court is all the way in the back.

The smash shot is the powerful shot of all and it is kind of like a spike but you use a little bit more force hitting the birdie because its lighter than a volleyball. It is also kind of like a drive but its angled downwards. You would want to aim the shot further from your opponents court . Sometimes when your doing a smash shot, it can go all the way in the back of the court but when your trying to smash it so it can be impossible for the other opponent to get it, don't use a lot of force. 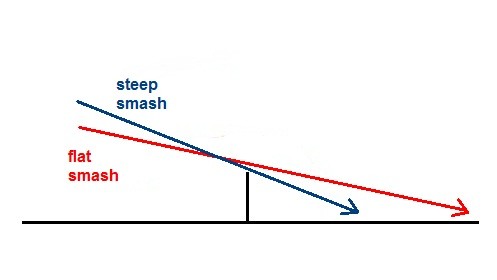