What is Disruptive Mood Dysregulation?

Disruptive Mood Dysregulation Disorder can be described as severe and extravagant outbursts of anger that can last a considerable more amount of time than an average age appropriate tantrum. (The American Psychiatric Association, 2013) These outbursts will also occur at least three out of seven days. When the child is not experiencing outbursts their mood can be described as "irritable and angry" (The American Psychiatric Association. This diagnosis is new to the Diagnostic and Statistical Manual of Mental Disorders as of 2012 when corrections were made to the existing manual.

Outbursts must be present in at least environments the child is exposed to. These can include, school, the home, or in social situations with peers. (The American Psychiatric Association, 2013) If it does not occur in two or more environments it is not DMMD and could just be an adverse reaction to the specific environment.

Outbursts must be be happening for 12 months or more consistently. If the child goes 3 months or longer duration with out a outburst it can not be considered Disruptive Mood Dysregultaion Disorder. (The American Psychiatric Association, 2013)

Xander is an 8 year old male who lives with his mother and father. Xander has no siblings. Over the last 16 months Xander's behaviors in home and at school have changed dramatically. Xander's grades are falling and his teachers find him to be unwilling to accept help and guidance. Xander refuses to participate in class or group activities. When forced in to social situations at school, like recess. It has been reported that Xander becomes violent with his peers by pushing them down and even trying to slap them. Xander's parents are not surprised by the reporting of his outbursts in class because they also happen at home. When Xander does not get his way or is punished he will go in to "tantrums" or outbursts that can last for hours at a time. Xander will scream and cry while throwing himself to the ground and kicking and failing his arms and legs. When Xander's parents try to control or calm him he lashes out at them. Currently Xander's parents have had to physically restrain him so that he does not harm himself. Xander's parents are desperate for help and have contacted a local Clinical Psychologist for treatment. 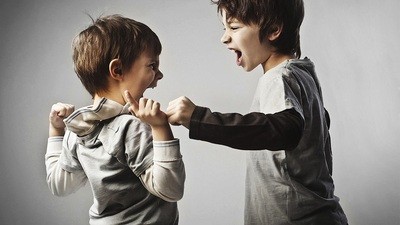 Disruptive Mood Dysregulation Disorder may be viewed differently in different cultures depending on their values, beliefs, religion, and child raising techniques. For example in a culture were children are restricted and expected to conform to the highest self restraint and discipline one may not even see DMDD in their society and therefore not agree with it as a diagnosis.

Pros vs. Cons of Disruptive Mood Dysregulation as a Diagnosis

Pro 1: A diagnosis can lead to treatment. By labeling these symptoms as a certifiable diagnosis it opens the door to obtaining chances for research that can explain why this is happening to some children and how to treat it. (Carlson, 2012)

Pro 2: It explains symptoms that other disorders, like bipolar do not. This can then combat the over diagnoses of bipolar in children today which has increase quite dramatically in the last 20 years. (Holtmann, Zepf, 2012) Misdiagnosis is a serious issue, especially when bipolar disorder is treated with mood stabilizers which can have negative effects on children when it is not needed.

Con 1: Can lead to misdiagnosis. Outbursts and tantrums can be symptoms of various other disorders in children like, Oppositional Defiant Disorder and in some cases even ADHD. (Carlson, 2012) This can cause children to not receive the care needed.

Con 2: By misdiagnosing children miss out on the correct treatment. It is plausible that Disruptive Mood Dysregulation Disorder may be a comorbid diagnosis. (Carlson, 2012) Therefore if professionals do not detect this fact, it could be that children are getting treated only for DMDD and not the comorbid disorder, like Oppositional Defiant Disorder. 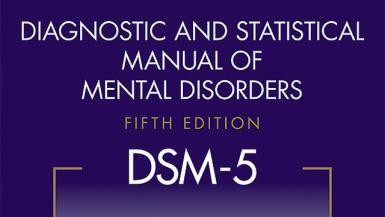 Disruptive Mood Dysregulation Disorder does explain certain symptoms and behaviors that other disorders do not. However, too much information is missing causing the diagnosis to be vague and have characteristics that can still fit the criteria for other diagnoses, like the outbursts. By holding off on adding DMDD to the DSM - 5 until more research was done it would have made it more exact and factual and in doing so would diminish the risk of misdiagnosis.

There are no medications out there as of now that are recommended to treat Disruptive Mood Dysregulation Disorder. This leaves therapy as an option.