Finding patterns in Mathematics is a very important skill. The fourth grade was able to practice this skill by finding patterns in numbers to determine the next number in a sequence. Students worked in groups to complete several problems from their workbooks, using a trial and error method to see which pattern was consistent.

We revisited the lesson by doing a centers activity where the class used their knowledge of finding patterns to determine the next shape in a sequence. Each pair worked on a center activity card at a time which gave them clues as to what the next shape or shapes would be. The class had good discussions with each other and collaborated well to identify the features of each pattern. 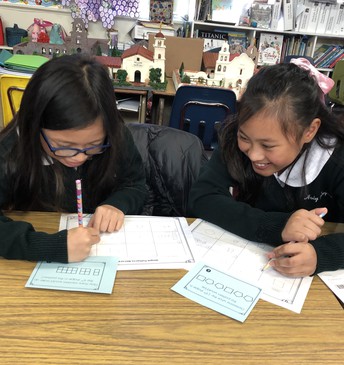 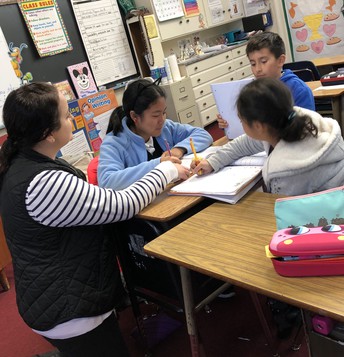 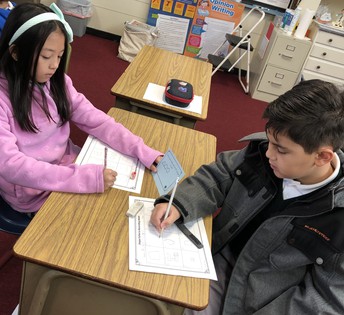 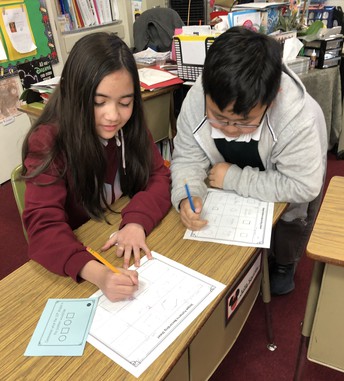 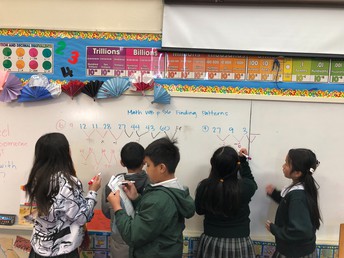