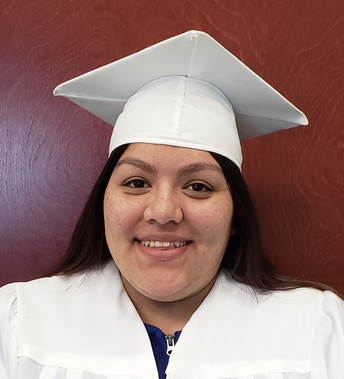 Favorite Memory: The bond I was able to have with the teachers. They are all amazing and helped me through a lot.

Quote: "No matter what knocks you down in life, get back up and keep going. Never give up, great blessings are a result of great perseverance." 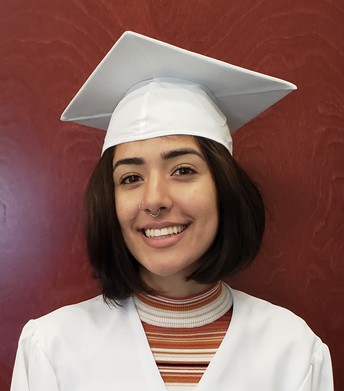 Future Plans: Taking a semester off to try different internships and from there decide what career I'd like.

Favorite Memory: All the incredible teachers and students. I loved all the different personalities.

Quote: "I love y'all more than words could describe. You are all amazing individuals with incredible potential!" 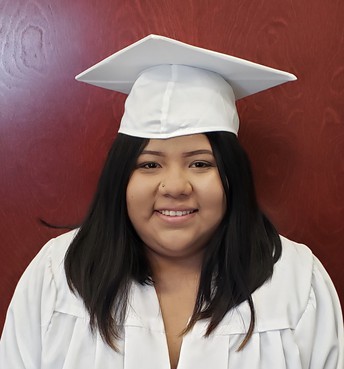 Future Plan: Attending SRJC to get a nursing degree.

Favorite Memory: Being able to get along with my classmates and teachers.

Quote: "Sometimes you never know the value of a moment until it becomes a memory." - Dr. Seuss 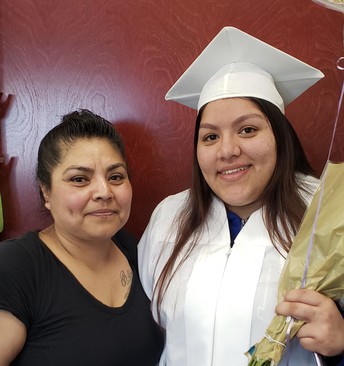 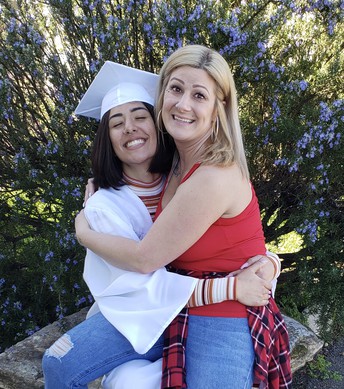 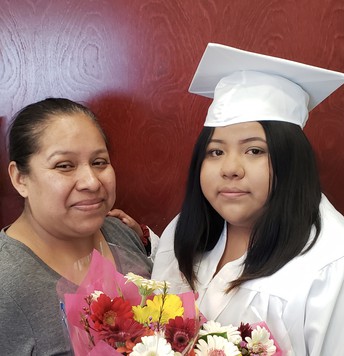 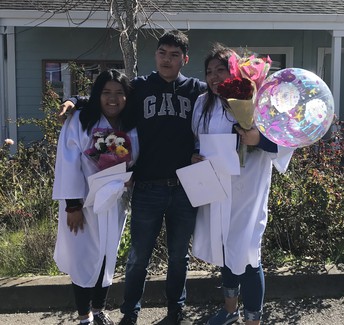 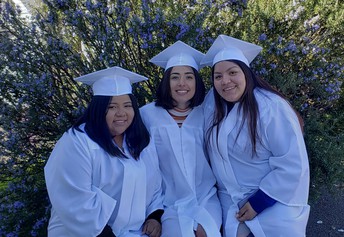 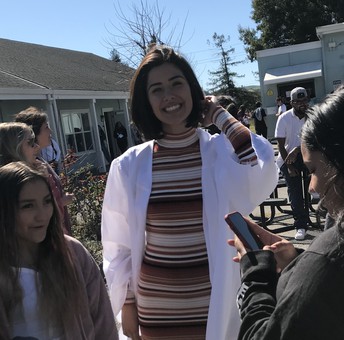 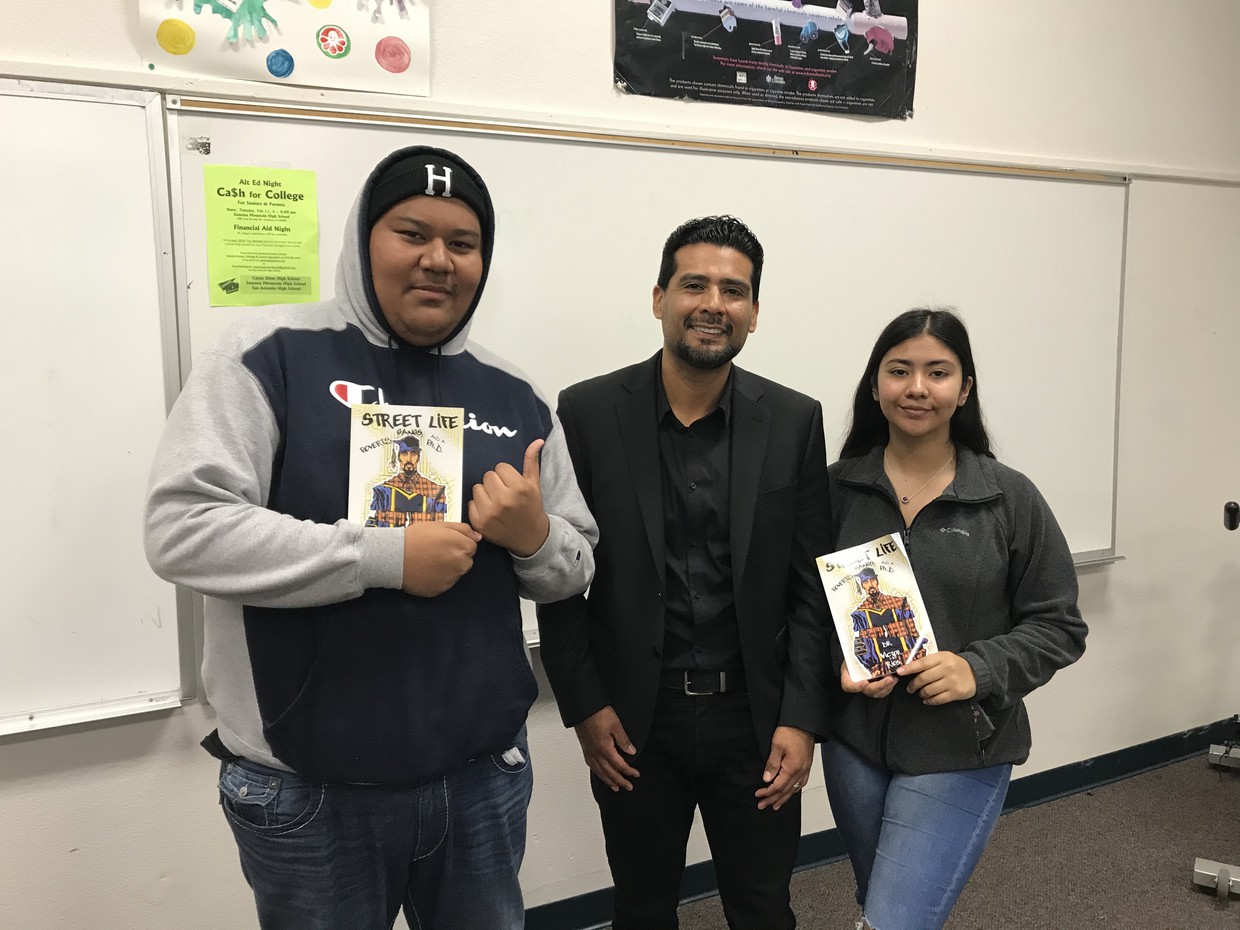 On Friday February 21, Dr. Victor Rios came to talk to San Antonio and the teachers.

He's a professor at UC Santa Barbara and the producer of the documentary The Pushouts.

The Wednesday before his visit students and teachers watched his documentary and his Ted Talk.The film is about students who in the past have been called “drop outs,” but Dr. Rios thinks a better term is “pushouts” because of the way schools don't meet students' needs and forces them to drop out. On Friday, there was an all school assembly and Dr.Rios talked about how he was born in Mexico and crossed the border multiple times, but he grew up in Oakland. He lived in Oakland with his mom. They lived in a small apartment that was full of cockroaches and rats and his mom was only making 5 dollars an hour. He decided he didn't want to live like that anymore, so he decided he need to help out with money. He decided to join a gang and sell drugs and he got 3 felonies. He continued to do it, until he saw his friend get shot and die for something he wanted to do, so he decided to go back and finish school. His teacher told him that he had to go to college. To live the life he wanted, he had to have a college degree to earn enough money. So he went to college and is now successful and goes around California helping kids that have been pushed out of school. 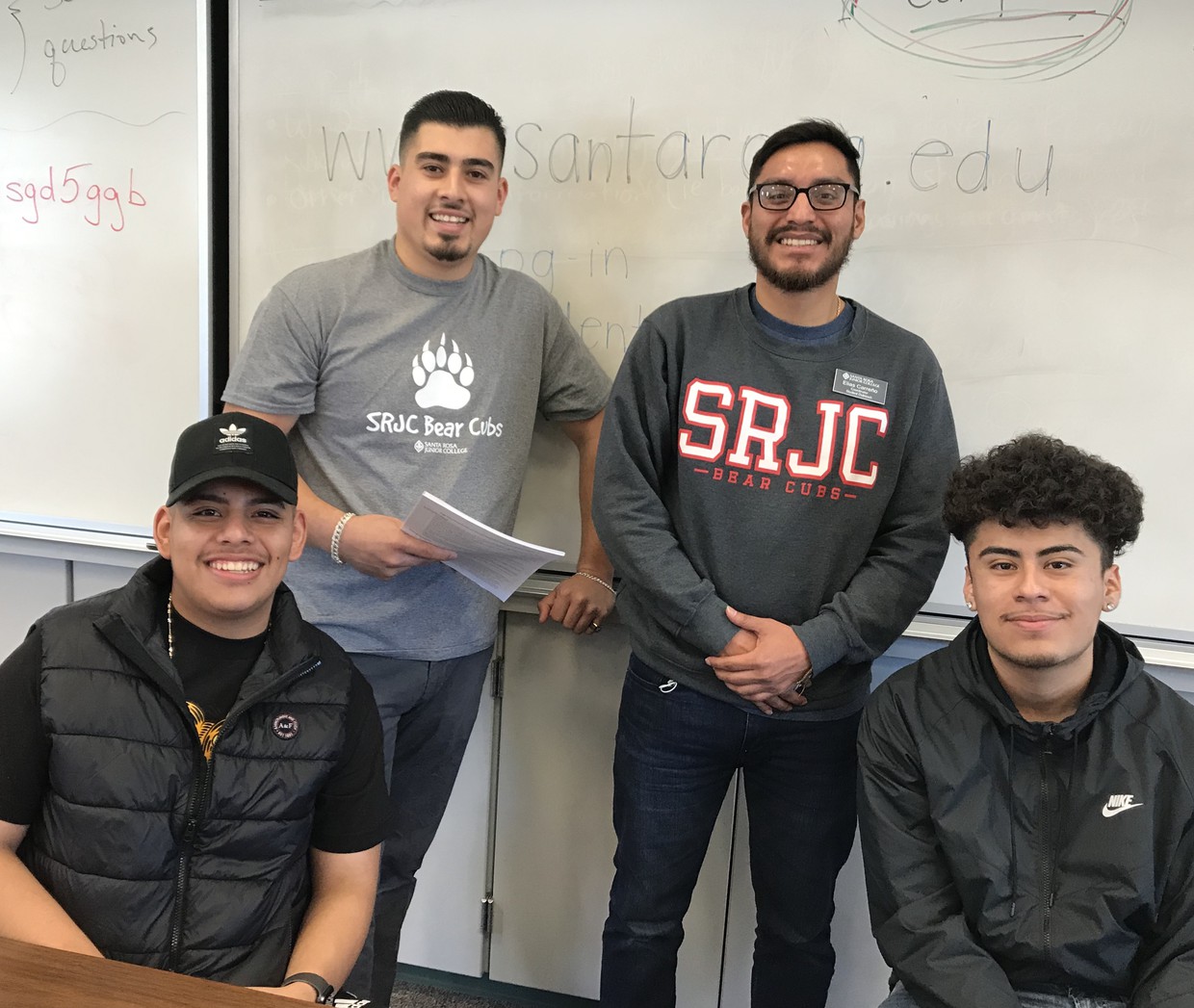 Johnny Rosales Reyes and Alex Sierra (in front) pose with Juan Guzman, Elias Carreno from SRJC's student outreach program. Students spent a period learning about the Jumpstart program. Juan Guzman, a former San Antonio student now attends SRJC and works for the student outreach program. He worked briefly in construction, until he got hurt and decided to go to to college. He is currently working on a degree in Administrative Justice. 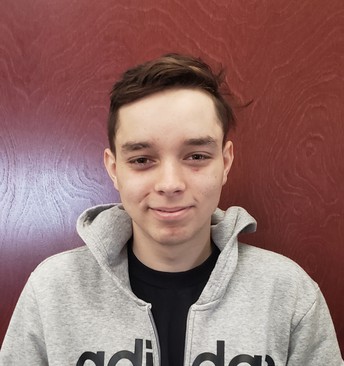 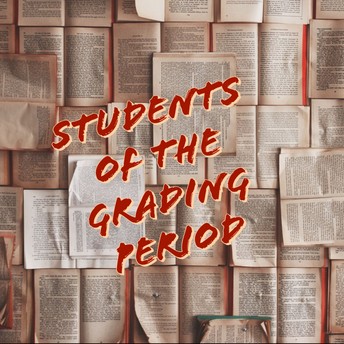 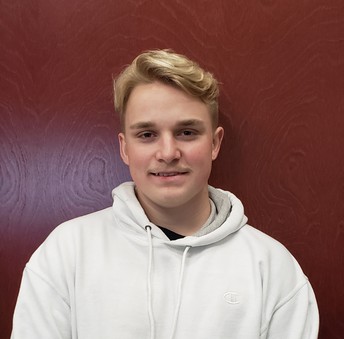 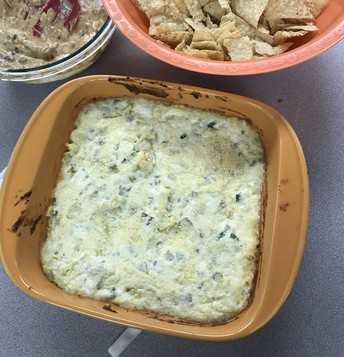 Artichoke dip hot out of the oven for Super Bowl Sunday. 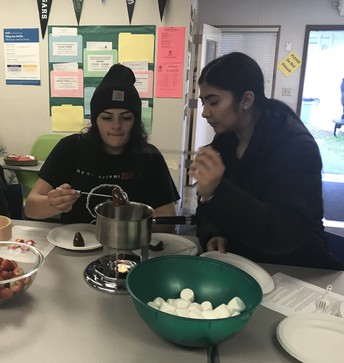 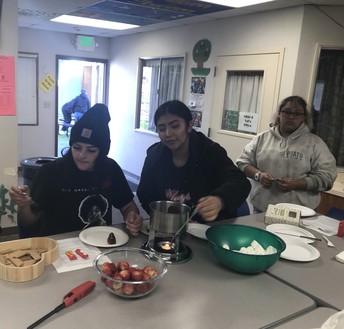 January 31st the Cooking Club made football appetizers in honor of Super Bowl Sunday. First they made chili cheese dip, which was just a can of chili and a block of cream cheese. They also made artichoke dip with cream cheese, jalapenos, artichokes, and green chilies. For Valentine’s Day, they made fondue. To make it they used chocolate chips, condensed milk, and vanilla. On the side they had bananas, strawberries, marshmallows, and graham crackers to eat with the fondue. Cooking Club not only keeps students busy during lunch learning different simple recipes to make at home, but students also earn extra credit for attending meetings. 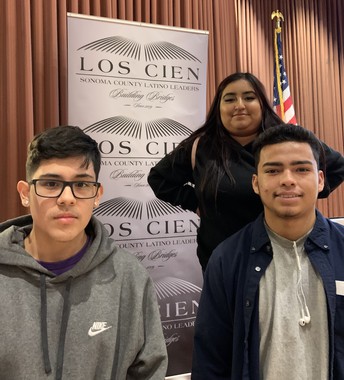 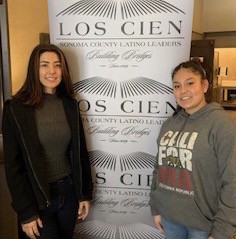 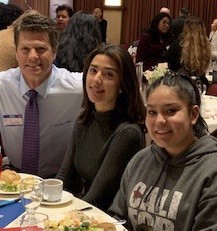 Los Cien is a group similar to Rotary that brings together community leaders to support and promote Latinx issues within Sonoma County. It started as 100 community leaders and has since grown. There were close to 250 people at the luncheon.

On Saturday February 22nd, several of our students from San Antonio attended a class for North Bay Construction Corp, also known as NBCC. It was hosted at Santa Rosa Action Rentals. The students are attending the NBCC program to earn a certificate and hopefully get themselves a job opportunity for whatever trade they choose. After the 18 week course, if they’re accepted to the boot camp they get a chance to earn 750 dollars for completing the program. “They taught us to use machines,” said Johnny Reyes Rosales. They have to wear a neon orange shirt and work boots. They wear bright shirts to stand out for safety. There are about 25 students attending the class. Darlene Machuca explained why she joined the program, “Something I want to do in life is to work hard and eventually be able to open up my own company and be independent.” 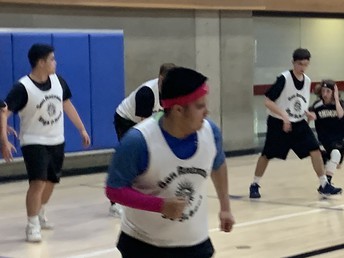 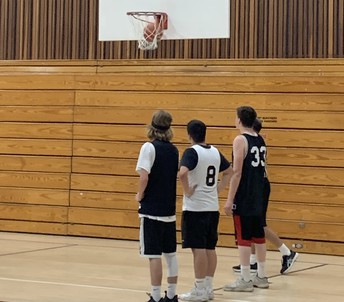 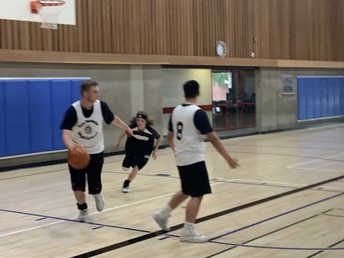 The San Antonio Basketball team had a game on the 13th of February against Ridgeway and Ukiah. The game took place at the Callinan Center in Rohnert Park. They didn’t keep score because it was a scrimmage. San Antonio played a good game with only six players. Elijah brown said that for their first time, they played pretty well. According to Daven Varty the game was, “Super crazy.” Darlene Machuca, another team member, believes that if they practice more and communicate during games more that they can do better. San Antonio had another game on the 27th that they won. San Antonio’s next game is on March 5th.

Anthony Pulido got an internship at Petaluma Community Access, a local television station, by talking to his counselor about it. His counselor, Ms. Howell recommended it to him. After they talked about it he went to the Petaluma City Schools office and had an interview. He was hired the following week. He has been working at the internship for about 6 or 7 weeks. Anthony said it's a good program, where he records city council meetings and changes the camera on live television and they stream it on live television. They meet up 2 or 3 times a week. He says, “The meetings are boring, but operating the camera is cool.” 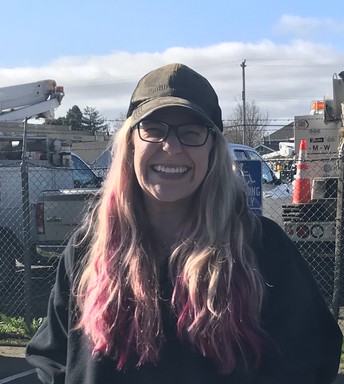 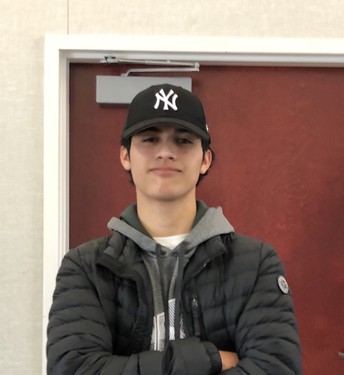 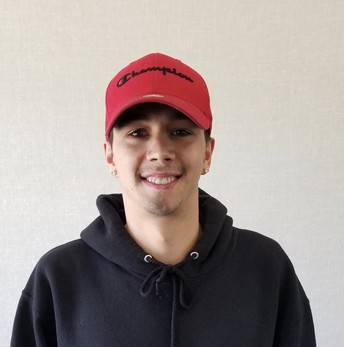 Sierra Geary attended San Antonio in 2013-2016. She is currently working on starting on program to help women get out of abusive relationships.

Adrian Pleitez graduated in 2019. He currently works at Zumiez and attending Santa Rosa Junior College. He says, "I miss the amazing teachers who care for every single one of their students." His favorite memory was playing ball at the Sacramento arena with the "squad."

Bradley McCullough graduated in 2018. He currently works for Mr.Grossman’s Sticker Factory in the warehouse.