This year, we say goodbye to our beloved music teacher who we have had since fifth grade. Mrs. Shanagher was hired to start a band program at Central School as her first job in 1982. As the years went on, she gathered more students for this program from grades five to eight. In my interview with her, she stated, “I like signing up the new fourth graders and watching their excitement about joining the band.” Mrs. Shanagher loves to see the progress of her students, and how they grow each year in their musical careers. However, she acknowledges that the growth of her students takes time. She teaches them that through a little work every day for a long period of time, and managing their time, they will become so much better over time. Mrs. Shanagher also says that music is important for making friends. “Friends who you make in music and theater will last your whole life,” she said.

Mrs. Shanagher does not plan to stop teaching music with her retirement. In fact, she will continue to teach through substituting for music and art programs at other schools. With all of the time Mrs. Shanagher will have on her hands, she plans to practice piano every day in order to better her skills. Along with practicing her piano, another pastime for her will be exercising. She would also like to travel with her husband, to Ireland and Universal Studios. Aside from her other activities, she will be spending a lot of time with her grandkids. Mrs. Shanagher will become a grandmother in September of 2020, and she is looking forward to that chapter in her life.

Mrs. Shanagher, in all of her endeavors, will not forget about Central Middle School. She will miss all of her students. She will miss getting waves from the eighth graders as they move on to the next cycle and her interactions with students in the halls of the school. One thing is for sure, Mrs. Shanagher will be missed. No one will ever be able to replace what she gave to this school. Who knows, maybe someday she will substitute in our school! Below is a photo of Mrs. Shanagher. 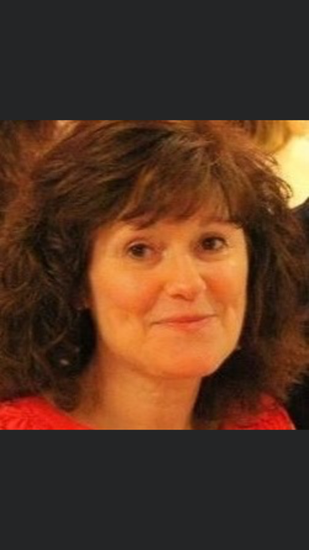 On Thursday, February 27, the seventh grade class turned back the clock to enjoy a trip back in time to the Victorian Era. The students experienced life in 19th century England by participating in five themed rooms. In Mrs. Vail’s classroom, we formed groups of 4-5 students and played Victorian “Job or No Job.” There were about 20 envelopes on the board each with a different job inside. These jobs consisted of Chimney Sweep, Pot Cleaner, Factory Worker, Lawyer, and many more Victorian jobs. Each group chose an envelope and then continued to choose envelopes and see if they wanted to swap it with the job they previously had. At the end, the group with the most well paying job won!

In Mr. Gilespie’s classroom, we played Victorian “Jeopardy.” There were columns of different topics such as inventors, inventions, etc. In those columns, there were different questions valued 100, 200, 300, 400, and 500 points. If your team answered the question right, you earned as many points as the number on the piece of paper for that category. The group with the most points at the end of the game won!

In Ms. Riley’s classroom, the room was set up like a Victorian classroom. The girls sat on one side, and the boys sat on the other side. We learned how to write in calligraphy. If you misbehaved, you had to wear a dunce cap. We also wrote on little chalkboards with pieces of chalk instead of writing with paper and pencils. There was no winning or losing, but it was a great learning experience.

In Mr. Pinter/Ms. Greco’s classroom, we played Victorian “Parlor” games, such as charades, "Blind Man's Bluff," and "Scratch Your Palm." Finally, in Mrs. Barth's classroom, we decorated picture frames, which were later used for each student’s personalized Victorian Day photo.

A delicious Victorian luncheon was also provided for the seventh graders by the PTO. The all purpose room was transformed into a beautiful Victorian tea room, where the students enjoyed finger sandwiches and desserts. All of the students really enjoyed the variety of hands-on activities which is the culmination of the seventh grade curriculum in their reading and social studies classes. The students are very well-prepared for this event by reading “A Christmas Carol” by Charles Dickens and doing research on various topics for their Victorian Research Project. In addition, they learn about the Industrial Revolution in their social studies classes. The two photos below show students in their Victorian clothing enjoying the luncheon and the activities. Overall, this was an amazing learning experience for all of us, and it really showed us what life was like back in the Victorian Era. The seventh graders want to thank all of the parents, especially Mrs. Orabi, Mrs.Moran, Mrs. Lombardo, and Mrs. Miller who organized such a memorable event. 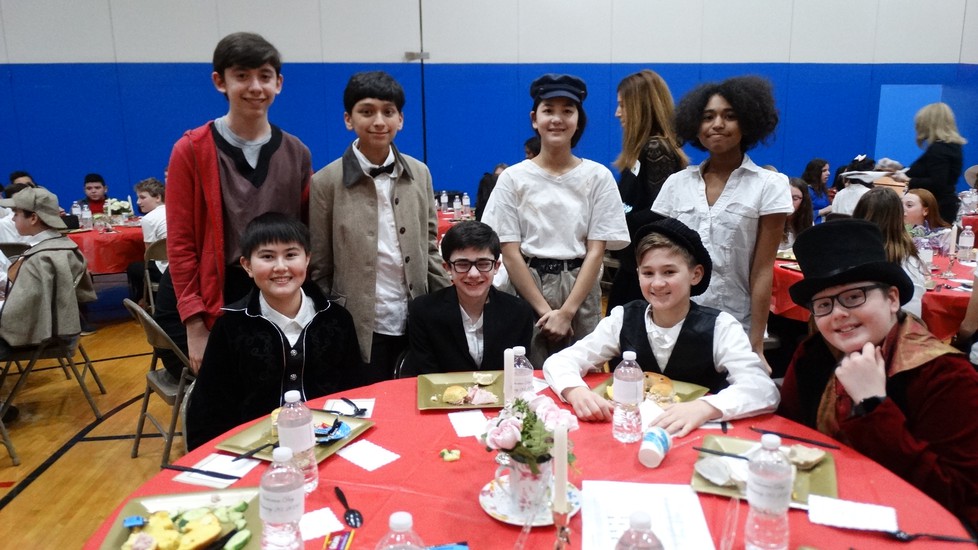 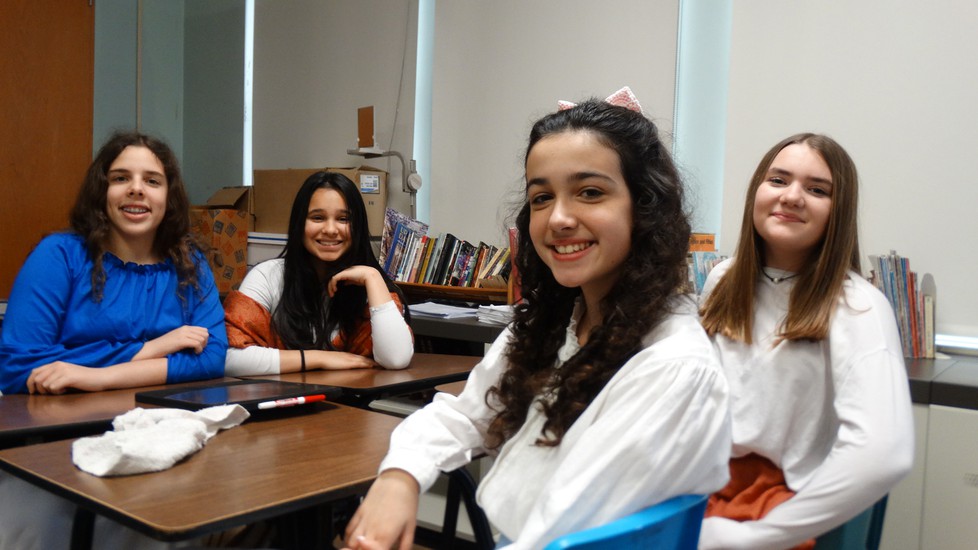 On Tuesday, February 25th, Central School participated in the Forensics competition at Morristown Beard School. While Central did not place in the top 3, Taylor Guli, Olivia Risler, and Jessica Romero, received honorable mention awards and learned how best to prepare for future Forensic competitions. Forensics is a public speaking competition where you take a passage that you have read and read it aloud. The highest score goes to the person who can read the passage with emotion and can convince the audience that they are the person they are reading about. The girls had a nice time and are excited to participate again next year. They were accompanied by Central teacher, Mrs. Stepanian.

Despite the fact that our school is closed, fortunately, our students are still able to learn through online distance learning. Thanks to the wonderful staff of Central Middle School and the entire district, our school hasn't missed a beat in terms of education. Our teachers are "looming" and "zooming" to keep us learning. Our superintendent, principal, and teachers have all worked very hard to make this possible. Central students were well-prepared for this new way of being educated. Students took their chromebooks and textbooks home the Friday before the shutdown, and the students are getting the work done. They were already used to Google Classroom. Now all assignments are turned in online. Central librarian and Media Specialist, Ms. Paugh, said that students checked out over three hundred books before we left the building in March! "I hope the students are reading them, " she said. Central eighth grader, Sofia Squizziato, said recently, “I love distance learning. I like being able to create my own schedule," although she admits to sleeping in and “looking out the window, staring into space, or getting up to walk around a lot.” 8th grader Sophia Fish said, “I like how I have the time to do assignments at my own pace,” she says, “Distance learning also gives me more time to spend with my family.” However, she said, “I don’t enjoy being away from everyone at school." Although many students are enjoying distance learning, it is not a complete hit. For me at least, it is a little bit confusing navigating through Google classroom without the guidance of our teachers. Some students said they are more distracted at home, or that they have trouble finding a quiet place to work. Overall, however, the process has been smooth, and our teachers keeo findng new ways to keep us educated and engaged.

From social distancing, to distance learning, to small things like never eating out, the pandemic has changed our lives. Despite the terrible hardships, boredom, major annoyances, and minor inconveniences, we are pulling through. Of course, things aren’t all bad at home, as we have discovered this new, strange, yet wonderful thing called “free time.” We are finding new, creative things to do at home and ways of spending our time. Students of Central Middle School are taking advantage of this block of time. Sofia Squizziato said, "I’ve been playing a lot of basketball, cooking, watching Netflix, and going for walks.” Sophia Fish said, " I am reading new books I had been waiting to start for a while. I’m also watching a bunch of childhood shows on Disneyplus.” Other students are playing video games, watching movies, reading, and playing with their dogs. Some are playing with their siblings and staying in touch with friends through social media. Others are redecorating their bedrooms and looking forward to summer vacation. Overall, Central students are coping by making the best of a challenging situation. 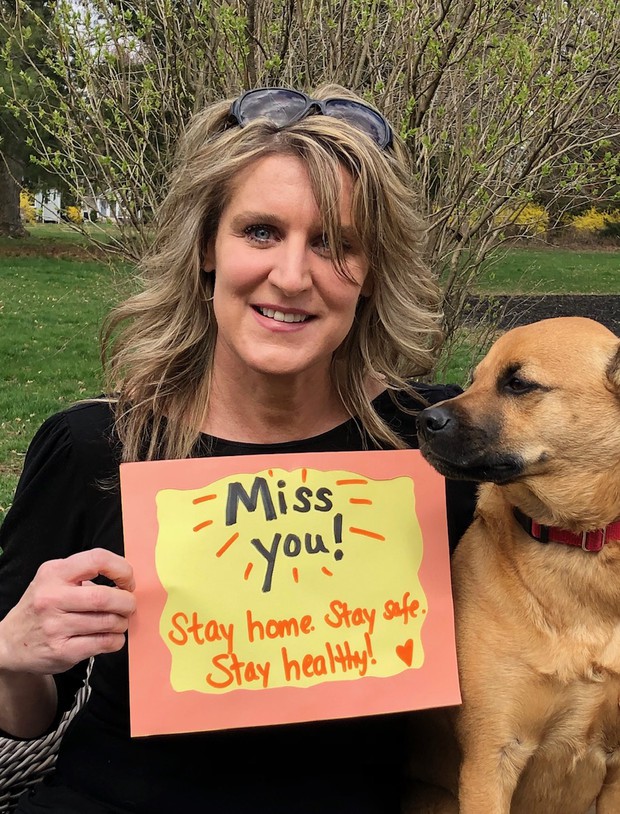 More Personal Protective Equipment (PPE) was donated by the Long Hill Township Board of Education to the Long Hill Township Office of Emergency Management to assist with the CoVid-19 crisis. The medical supplies our district donated included hand sanitizer, gowns, masks, 13 boxes of gloves, over 200 goggles, and more. This was recommended by our superintendent, Dr. Acevedo. This quote for Tiger Talk is from all of the school nurses: Joyce Andreski, Karen Bissett and Karen Freeman.

“Doing our part during Covid-19, the Long Hill Schools gathered much needed PPE supplies and donated them to help protect the front-line healthcare workers. Our district nurses continue to work from home supporting our students, families and the Long Hill community. In addition we are providing service to the people of New Jersey by volunteering our time, skills and expertise wherever needed. We are looking forward to returning with our students (who we miss so much!) once it is safe to do so. Until then please stay safe, stay home, and stay healthy! As always, if you have any questions or needs, please reach out to us.” Pictured above is Central School nurse, Mrs. Bissett, and pictured below are some of the donated supplies. 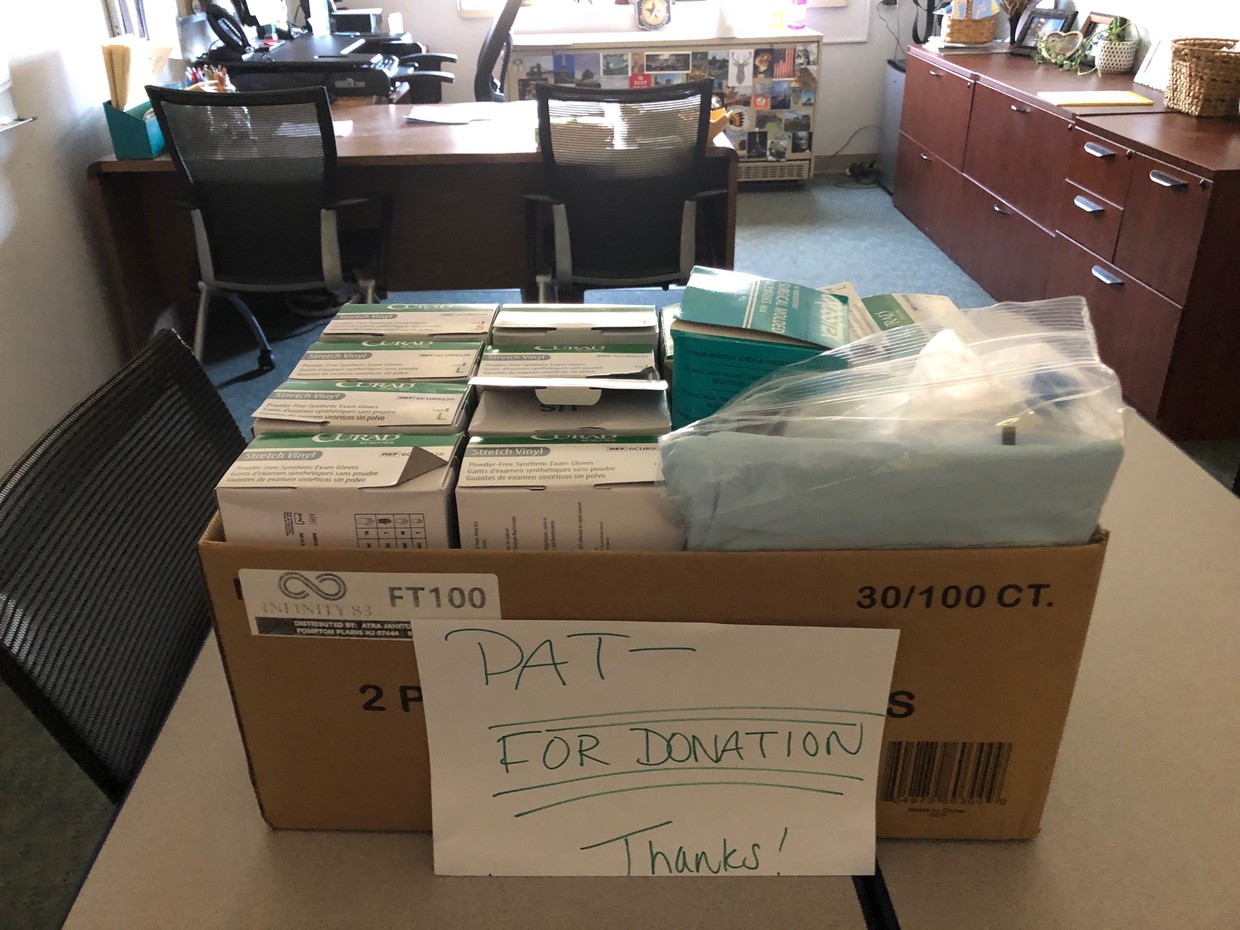 Advisor/Editor - Mr. Gillespie
Paste in your blog/website to embed.