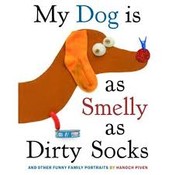 Definition- A figure of speech that uses like or as to compare two seemingly unlike things.

Example- "Leaving me like a plucked bird." Hunger Games

Definition- A figure of speech that compares or equates two seemingly unlike things.

Definition- A figure of speech in which an animal, an object, a force of nature, or an idea is given human form or characteristics.

Example- " We have to stand for a few minutes in the doorway of the train while the cameras gobble up our images." Hunger Games 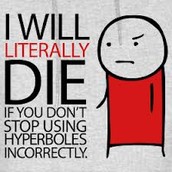 Definition- A figure of speech that uses exaggeration to express to express strong emotion, make a point, or evoke humor.

Example- " Attendance is mandatory unless you are on death's door." Hunger Games

Definition- The repetition of consonant sounds at the beginnings of nonrhyming words or syllables in neighboring words.

Example- " I noticed him, a boy with blond hair peering out from behind his mother's back." Hunger Games

They use a metaphor in the second line. "I can't tell if this is true or a dream."