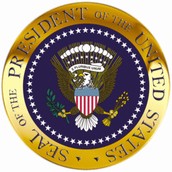 - You must born natural born US Citizen.

- You have to have been residing in the United States for the past 14 years.

The president of the United States earns a salary of $400,000 a year. After the president leaves office, $200,000 is given to them annually.

I think the most important power is to create the country's budget (even though it must be approved) because it impacts basically everyone.

In order to be president you must have very good leadership qualities. Five good ones are integrity (a good person altogether), honesty (something hard to come by in politics, but it's important nonetheless), being good under pressure, being intuitive (able to make good assumptions), and general intelligence.

Being chief of state means that you represent all people in the country. You believe in the interests of all the citizens.

Being chief executive means that you are the powers vested in you by the constitution. You represent them and use them.

Being chief administrator means that you are literally the boss. it's like you are the general manager of a retail store, one with 2.7 million employees.

Being chief diplomat is the act of directing foreign policy and representing your country to other leaders around the globe.

Being chief legislature means that you shape public opinion on issues.

Being commander in chief means that you are the head of all of your country's armed forces.

This country has many issues that need to be solved. I am confident that I am the leader that is fit to do just that. When I'm president, I will firstly tackle our gun laws. By no means do I want to take your guns away. I just think that there are a lot of wackos in this country and they shouldn't have access to firearms. I will propose that in order to get any firearm, you must pass the same types of tests that you would take to be able to legally drive a car and then some. That means that country wide, anyone that wants to own a gun, must take classes, get a learners' permit, practice with the gun for 6 months, and then pass a physical test. I will also have psychological tests administered.

As the issue of terrorism keeps rising, I will respond with my own solutions to it. I'm not anti-war really, but I don't think it should be our first response. After all, we don't want another Iraq on our hands. My plan is to talk to countries like Saudi Arabia to take action against ISIS and other terrorist organizations as well as the acceptance of refugees. They don't have to live like that.

I will also incorporate my own leadership qualities when I become president. I'll be a leader that has the people in mind and not just reelection and money, among other selfish things that dominate our nations capitol. 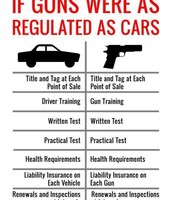 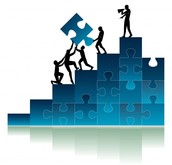 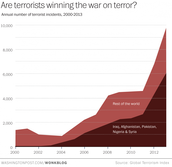