Sandy is using Smore newsletters to spread the word online.

Get email updates from Sandy:

In Europe, the fallen of World War I are honored each November on Remembrance Day, also called Armistice Day, with speeches, parades, concerts, art, and holidays, called Veteran's Day in America. The war ended with an armistice (treaty) signed at the 11th hour of the 11th day of November, 1918.

World War I, unparalleled in its brutality and far-reaching in its effects, began 100 years ago, in the summer of 1914, on July 28, with the first battle taking place on August 4th.

It killed 9 million soldiers and millions more civilians. It is also referred to as the Great War, and ironically as "the war to end all wars" and the "war to make the world safe for democracy" (Woodrow WIlson).

It nearly wiped out a generation of young men. Many were lost in the trenches of this war, victims of weapons which have since been outlawed by the Geneva Convention. National boundaries were redrawn, alliances made and broken, and regimes rose and fell, as the conflict spread to the corners of the globe.

FIRSTS: first use of tanks, planes equipped with machine guns, chemical weapons, and flamethrowers. The most prominent example of trench warfare in modern times. The zeppelin, barbed wire, and huge naval destroyers came into widespread use during this war. America was late getting into the war, but may have turned the tide once engaged.

The war's impact on from foreign policy, economics, art and music, and even on language and was long-reaching. Many contend that the seeds of the second World War were sown in the first. Link to An Interactive Mini-Course on World War I below for more stories, videos, and an important debate about World War I.

See full story at #2 in the WWI Resources below.

World War I and Shell Shock

It was during World War I that doctors first noticed the severe physical and psychological symptoms now known as Post Traumatic Stress Syndrome. In World War II it was known as "battle fatigue," and first described in World War I as "shell shock." See full story in #8 in the WWI Resources below, and other photos and videos of the Great War. 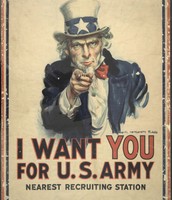 "I Want You" Patriotism or Propaganda?

This recruitment poster by artist James Montgomery Flagg is a part of the Library of Congress Prints and Photographs division. Every country involved in the war produced its own propaganda, some beautiful, some shocking, some downright ugly, but intended to produce the same effect: ACTION. Check out a selection of WWI propaganda posters at #15 below, and also a more in-depth article about the effects of WWI on art at #10.

Mini-website about World War I and Remembrance Day

Videos, articles, photographs, maps, poetry, debates -- a collection of enrichment activities to remember the fallen of World War I, and learn more about the Great War, the "war to end all wars," the war to "make the world safe for democracy" (Woodrow Wilson) which unfortunately was just the prelude to World War II. 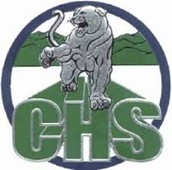 I am a high school Library Media Teacher in Temecula, California. This Smore flyer was produced with resources collected with ScoopIt, organized and embedded on Blendspace, and then publicized here. Our World History Teachers will be using it as a resource this November to help their students understand World War I and Remembrance Day.
chslibrary@tvusd.k12.ca.us 951-695-4200 chs.tvusd.k12.ca.us/library
World War I: Every Day 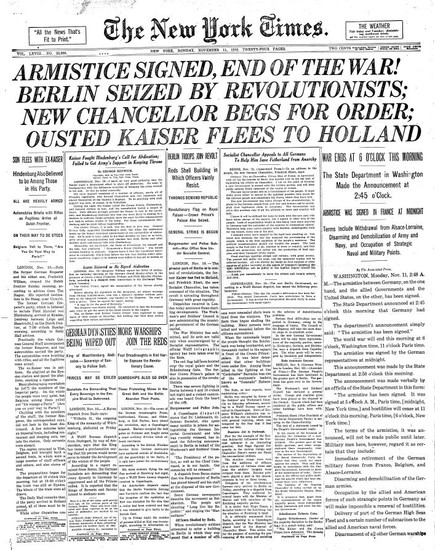 Sandy is using Smore newsletters to spread the word online.