The NCC Book Club strives to foster a love of reading in our NCC community. Bring your lunch and join us on Tuesdays at 12:30pm for "Brown Bag and a Book". New members are always welcome. 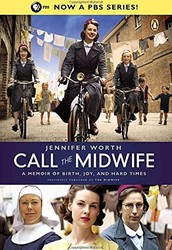 Read the book that inspired the hit TV series by the same name.

Worth gained her midwife training in the 1950s among an Anglican order of nuns dedicated to ensuring safer childbirth for the poor living amid the Docklands slums on the East End of London. Her engaging memoir retraces those early years caring for the indigent and unfortunate during the pinched postwar era in London, when health care was nearly nonexistent, antibiotics brand-new, sanitary facilities rare, contraception unreliable and families with 13 or more children the norm. (Publisher's Weekly Review)

The Art of Racing in the Rain

Enzo knows he is different from other dogs: a philosopher with a nearly human soul (and an obsession with opposable thumbs), he has educated himself by watching television extensively, and by listening very closely to the words of his master, Denny Swift, an up-and-coming race car driver.

On the eve of his death, Enzo takes stock of his life, recalling all that he and his family have been through. A heart-wrenching but deeply funny and ultimately uplifting story of family, love, loyalty, and hope, The Art of Racing in the Rain is a beautifully crafted and captivating look at the wonders and absurdities of human life . . . as only a dog could tell it. 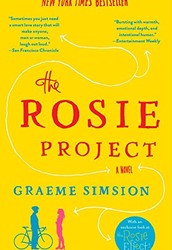 Meet Don Tillman, a brilliant yet socially challenged professor of genetics, who’s decided it’s time he found a wife. And so, in the orderly, evidence-based manner with which Don approaches all things, he designs the Wife Project to find his perfect partner: a sixteen-page, scientifically valid survey to filter out the drinkers, the smokers, the late arrivers. When an unlikely relationship develops [with Rosie Jarman], Don is forced to confront...the realization that, despite your best scientific efforts, you don’t find love, it finds you.

Arrestingly endearing and entirely unconventional, Graeme Simsion’s distinctive debut will resonate with anyone who has ever tenaciously gone after life or love in the face of great challenges. The Rosie Project is a rare find: a book that restores our optimism in the power of human connection.

October - One Book One Sioux County 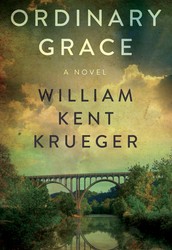 Join us and other readers in Sioux County for One Book One Sioux County. The author will present at "A Conversation with William Kent Krueger" on Thursday, November 3rd at Northwestern College in Orange City.

New Bremen, Minnesota, 1961. It was a time of innocence and hope for a country with a new, young president. But for thirteen-year-old Frank Drum it was a grim summer in which death visited frequently and assumed many forms. Accident. Nature. Suicide. Murder.

Told from Frank’s perspective forty years after that fateful summer, Ordinary Grace is a brilliantly moving account of a boy standing at the door of his young manhood, trying to understand a world that seems to be falling apart around him. It is an unforgettable novel about discovering the terrible price of wisdom and the enduring grace of God.